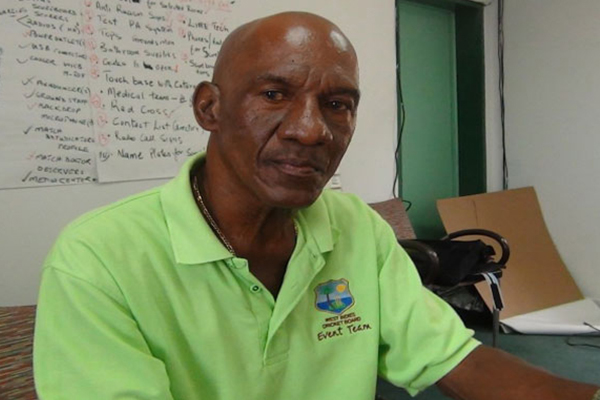 St. John’s, Antigua — The President and Executive of the Leeward Islands Cricket Association (LICA), join with the rest of the cricket fraternity in offering congratulations to three (3) former Leeward Islands and West Indies cricketers.

President of LICA, Mr. Auckland Hector, was on hand to witness the ceremony to honour former players:

Speaking following the ceremony, President Hector said:  “on behalf of the Executive and members of LICA, I would like to offer heartiest congratulations to Sir Andy, Sir Richard and Sir Curtly”.  He further went on to say that they were “great Ambassadors for the Leeward Islands as well as the West Indies, and they have been justly rewarded”.

The trio was bestowed with the honour of Knight Commander of the most distinguished Order of the Nation on February 28th, 2014 by Governor General of Antigua & Barbuda, Dame Louise Lake-Tack.

The ceremony was held during the luncheon interval of the first One Day International (ODI), West Indies versus England, played at the Sir Vivian Richards Cricket Stadium in Antigua and Barbuda