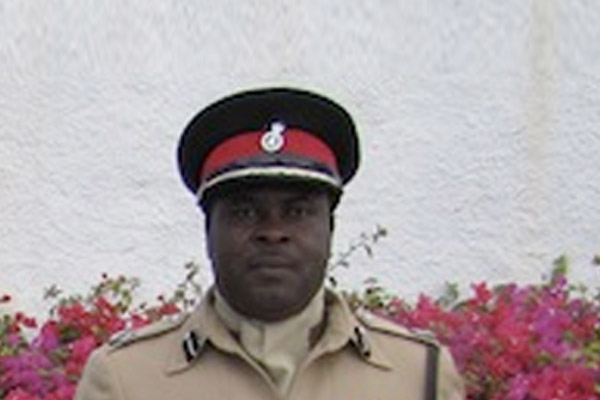 NASSAU, Bahamas — Police in The Bahamas could face renewed scrutiny over their crime reporting as the United States embassy has again made public a crime that happened in the country that the Royal Bahamas Police Force (RBPF) failed to report.

This is not the first time the embassy has issued a warning referencing crimes that have not been reported by the police to the Bahamian public.

But Assistant Commissioner of Police Anthony Ferguson said on Sunday police do not attempt to cover up or downplay any crime in the country that “ought to come to the attention of the Bahamian people”.

Ferguson was responding to questions from The Nassau Guardian about a United States Embassy’s warning on Friday that referenced an attempted armed robbery of an armoured truck the Friday before last.

Ferguson confirmed the attempted armed robbery occurred around 5:30 p.m. and a firearm was recovered.

He said no suspects were arrested in connection with that matter up to Sunday.

“I am telling you I am aware of the attempted armed robbery of the armoured vehicle, and what could have very well happened in that case [is that] the information did not get to the press officer in time when he was sending out his release,” Ferguson said.

He added, “Obviously, if the U.S. Embassy got it, they must have gotten it from a police source.”

However, the incident was not included in other crime reports since March 14.

When asked about the implications of the embassy revealing a crime that the media were not aware of, Ferguson said, “There is never a case that I know of [where] we seek to cover up any information that ought to come to the attention of the Bahamian people.

“That is how we police; you have to make people aware so that people can be alert, and that is how people would be able to assist in passing on information.”

Pressed on the matter, Ferguson said the incident was an isolated one and the public has no reason to doubt whether crime reports reflect all serious crimes in the country.

Ferguson admitted police cannot report all incidents, including minor ones on a daily basis, but he said he is satisfied that all serious matters are reported.

He said there have been times when a crime occurs and it is not included in the crime report until the following day because of the progress of the investigation.

Ferguson also said the police press officer, Superintendent Stephen Dean, does an “excellent job in his awareness in terms of those crimes that are of public concern.”

Dean, who was contacted for comment, said it would be inappropriate for him to speak on the matter.

In November, the embassy sent out a warning to its citizens highlighting at least three incidents where machete-wielding assailants robbed American visitors in a six-month period.

One of the robberies took place in a visitor’s hotel room that month.

Another two incidents occurred on September 22 and June 1 respectively.

When contacted at the time, Assistant Commissioner of Police Emrick Seymour, officer in charge of the Northern District, confirmed the reports.

Ferguson said while he is happy to provide information on matters, he did not have all the facts on those incidents and did not wish to speculate.

In February, there was widespread speculation about the consistency of crime reporting for 2013 after the Princess Margaret Hospital’s records showed that more people were treated for gunshot injuries than the number of shootings listed in the police statistics.

When questioned about the police statistics, Commissioner of Police Ellison Greenslade stood by the figures he presented earlier this year and said police statistics and hospital data will “never be the same”.

He has repeatedly said the police force’s crime statistics accurately reflect the level of serious crime in the country.