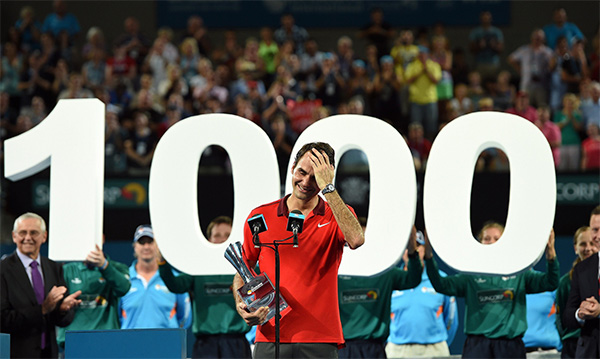 1,000th win for Roger Federer as he takes Brisbane title

CNN — Roger Federer reached the 1,000 ATP Tour wins milestone as he claimed the Brisbane title Sunday but was made to fight all the way by Canada’s Milos Raonic in a tense three-set final.

The 33-year-old Swiss joins Jimmy Connors and Ivan Lendl as the only players in the modern professional era to achieve that feat and was claiming his 83rd career title.

Federer led by a set and 2-0 until Raonic broke back and reeled off seven straight points in the tiebreaker to level at a set all.

The third set might have gone either way, with top seed Federer staving off five break points, but a single break of the Raonic service proved decisive and he completed victory in two hours 13 minutes.