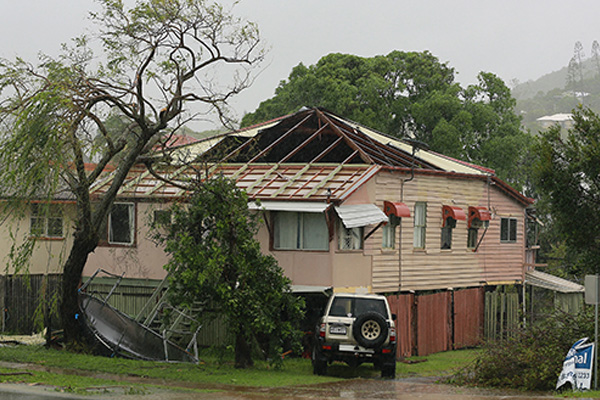 Mackay, Australia (AFP) — Australian officials said Sunday all efforts were being made to help those hit by Tropical Cyclone Marcia, which smashed through Queensland state leaving 1,500 homes damaged and thousands without electricity.

Marcia was one of two fierce cyclones which hit northern Australia within hours on Friday. The first, Tropical Cyclone Lam, hit remote communities in the Northern Territory near Elcho Island, some 500 kilometres (300 miles) east of Darwin.

Marcia, a maximum category five storm, tore through the east of Queensland state and badly affected Yeppoon, 670 kilometres north of the capital Brisbane, before heading south to Rockhampton.

“We’ve had assessments of over 1,500 houses that have had some kind of structural damage,” said Queensland Premier Annastacia Palaszczuk.

“In Yeppoon and Rockhampton around 100 are severely impacted… people can’t go back into their homes. Our fundamental priority now is on those families who have been the most severely impacted.”

As the clean-up gathered pace, some 50,000 properties remained without electricity and some residents in more remote areas were expecting to wait a week to be reconnected.

“There are over 1,800 (power) lines down. This is absolutely significant, and we are doing everything we possibly can to restore power,” Palaszczuk said.

The government has committed army reservists to help with the clean-up in Yeppoon, as well as disaster relief funding to those affected in Queensland.

“The power of the cyclone is evident everywhere. The destruction of the vegetation is extraordinary, obviously a lot of buildings have been severely damaged,” Australia’s Deputy Prime Minister Warren Truss said as he toured the state.

In the central Queensland town of Biloela, about 100 kilometres south of Yeppoon, several hundred homes are believed to have been inundated by flooding brought by the storm.

Despite the destruction, authorities have so far not received reports of serious injuries or deaths. But residents have spoken of the terror of the storm.

“You could see the neighbours’ roofs flying across the paddock,” said Karen Johnston, who was in her home in Marmor, 45 kilometres south of Rockhampton, as the cyclone passed.

“And the horses were running around the paddock and all I could think was, ‘We are going to have a horse decapitated or sliced in half’,” she told the Australian Broadcasting Corporation.

The Bureau of Meteorology cancelled its severe weather warning for Queensland on Sunday, saying ex-tropical cyclone Marcia had now travelled offshore and was expected to remain there.