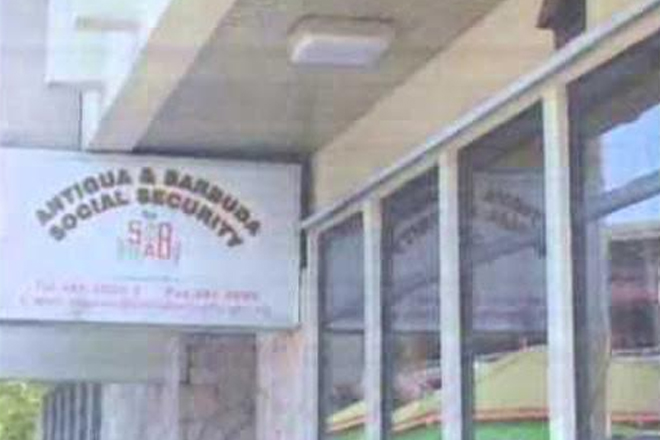 20 per cent more for social security

(Antigua Observer) The Antigua & Barbuda Social Security Scheme is expecting to collect 20 per cent more in revenues when the proposed increase comes into effect later this year.

On Tuesday, the scheme’s Executive Director David Matthias told the nation that employers and employees will each be contributing 1 per cent more to make up the proposed 2 per cent increase. However, the actual amounts that will go into Social Security’s coffers will translate to be 25 per cent more in employee contributions, and an additional 16.667 per cent from their bosses.

OBSERVER media spoke with several companies that have already started calculating the monies they will be forced to come up with in light of the proposed rate increase. The business owners, who did not wish to be named, said the impending hike spells disaster for the economy that is already facing serious hardships.

One operator of a food distribution company indicated that the combined increases to employee and employer contributions would cost his establishment more than $40,000 per annum.

Another, a businessman in the auto industry opined: “We all know Social Security and Medical Benefits should not have any money problems but they invested in all kinds of fancy loans and companies that failed. To me, it’s like they are trying to regain all the money they lost.

“One per cent increase may not seem like much but there have not been any salary increases in both the public and private sectors, because businesspeople just can’t afford to,” he said

On the other hand, a businesswoman lamented that she would have to find creative ways to keep up with the latest demand since she already shells out over $6,000 in employer’s contribution. The proprietor said she will now have to come up with more than $1,000 just to cover her contribution to the scheme.

“I mean, how are you to keep everyone on your payroll when the new cost is half of a full month’s pay? The amount of people I have that owe me and I want to be tough on them but I realise things hard. To pay a bailiff, to pay a lawyer to go court all cost money that I just don’t have,” she said.

OBSERVER media also interviewed the proprietor of another company who said that the increase would scrape an additional combined $4,200 per month from the coffers of the business and the pockets of its 70-plus employees.

That company’s manager said that sum would be in addition to the $21,000 per month that it already pays to Social Security, on monthly basis, to cover employer and employee contributions.

Once this new increase takes effect, it will represent an overall increase of 50 per cent in contributions to the scheme, in just three years. In 2013 contributions jumped from 8 per cent to 10 per cent.

Political Leader of the Opposition United Progressive Party Harold Lovell said up to 2014, Social Security was collecting $9.5 million per month, and he’s questioning how this amount has been reduced to $7.5 million just two years later. The reduction, he said, could only be the result of a reduction in compliance or an increase in unemployment.

But, he added, this increase and other pending increases, will be a burden on the backs of the poor who cannot afford it.

“We felt that any further increases should be accompanied by other benefits; an employment injury benefit and an unemployment benefit. What we are seeing is an increase in rate and no benefits and for those two primary reason it says to me that the government needs to come to the people and explain,” Lovell said.

The UPP leader said the increase in the Social Security contributions will also impact employers’ decision to hire staff, and under the circumstance, more staff means added expenses.

The proposal, he added, ought to have been discussed with the Employers Federation, trade unions, the Chamber of Commerce, and others.