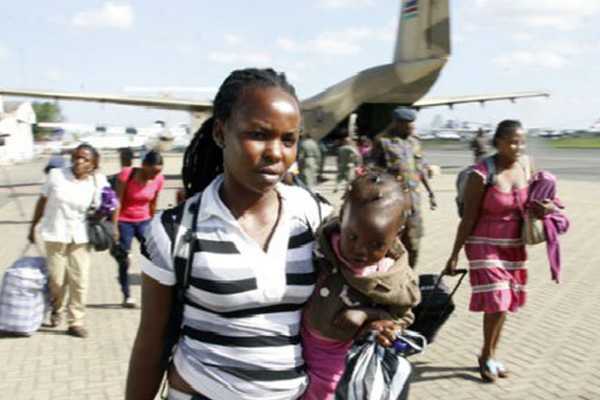 Colonel Philip Aguer said Tuesday that the boat was mostly carrying women and children. Tens of thousands of residents have crossed the Nile in wooden boats to flee fighting around the rebel-held city of Bor.

Aguer said the front line continues to shift but it appears fighting is about 70 kilometres (45 miles) north of Juba, the country capital.