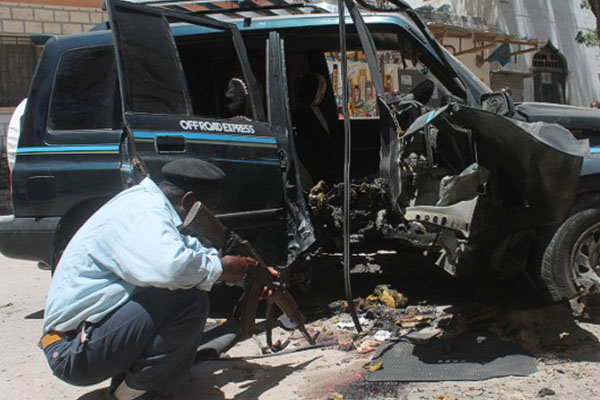 Mogadishu, Somalia (CNN) — A Somali lawmaker was shot and killed near Mogadishu on Tuesday, the prime minister said. It’s the second killing of a Somali parliamentarian in two days.

Abdiaziiz Isaak Mursal was attacked by unidentified gunmen as he left his house to go to work, witnesses said.

On Monday, another Somali lawmaker was killed and another was injured when a bomb hidden in their car exploded while they were headed to a security conference, officials said.

The Islamist rebel group Al-Shabaab claimed responsibility for Monday’s bombing in a statement posted to a pro-militant website.

Prime Minister Abdiweli Sheikh Ahmed said the two attacks were “deplorable,” and “the use of terror will not derail us from the progress made in securing Somalia.”