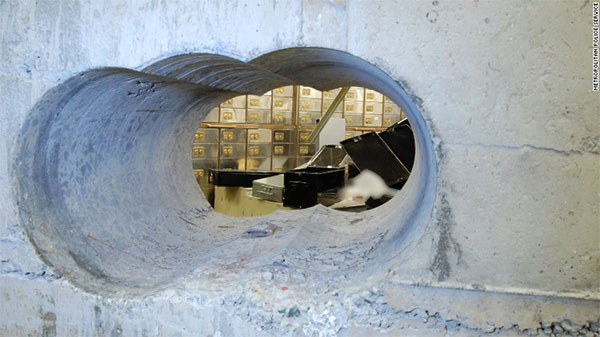 Quantities of gems and cash were stolen from a safe deposit company in Hatton Garden over the four-day Easter holiday.

They also face a charge of conspiracy to convert or transfer criminal property between April 1 and May 19.

Prosecutors decided not to pursue that charge against the four defendants who entered guilty pleas Friday.

Police haven’t given a precise value for what was taken from the vault of Hatton Garden Safe Deposit Ltd. Estimates reported by British media at the time ranged from hundreds of thousands of pounds to £200 million, or $300 million.

Investigators said the thieves appeared to have gained access to the basement vault through an elevator shaft, using a drill to bore through a 6-foot wall to reach the safe deposit boxes.

Following the raid, the Metropolitan Police Service said it was examining why the force did not respond despite being made aware a burglar alarm had gone off at the premises on April 3.