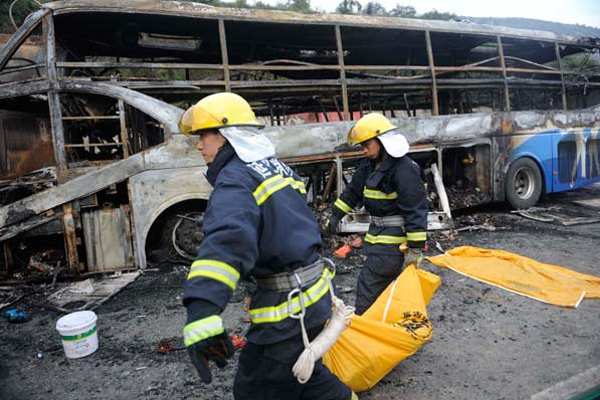 Both drivers were among the fatalities in the accident in Hunan Province, according to Xinhua news agency. Another person in the van was also killed.

Six people were injured, four seriously, according to state-run CCTV.

The fate of the other passengers is unclear. The bus had a capacity of 53 people, Xinhua said.

Authorities extinguished the fire, but a rescue effort is under way.

CCTV also reported that the bus operator was blacklisted by local authorities for violating safety rules.