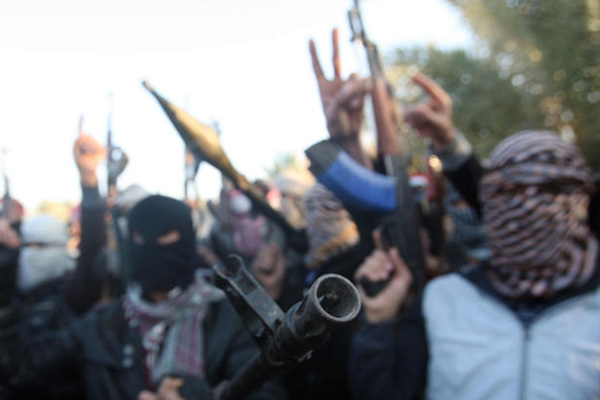 Six gunmen were killed in the police operation to retake part of the Human Rights Ministry, which is next to the Ministry of Transport in northeast Baghdad. Police killed four militants, while two of the militants detonated suicide vests, the security sources said.

Two police officers were killed and seven injured in the attack, the sources added. The hostages were freed unharmed.

Roads were blocked around the Iraqi capital following the attack, and areas leading to Baghdad’s fortified Green Zone were closed.

The United Nations said 2013 was the deadliest year in Iraq since 2008, with almost 8,000 people killed in violence, most of them civilians.

Fears of all-out sectarian war have increased since fighting broke out at the end of last year to the west of Baghdad in Anbar province, where al Qaeda-backed militants and Iraqi security forces have been battling for control of Falluja and Ramadi.

More than 140,000 people have been made homeless since the new conflict erupted, according to Iraq’s Ministry of Displacement and Migration.

The United Nations said last week it was scaling up its humanitarian response to help those displaced by the violence.