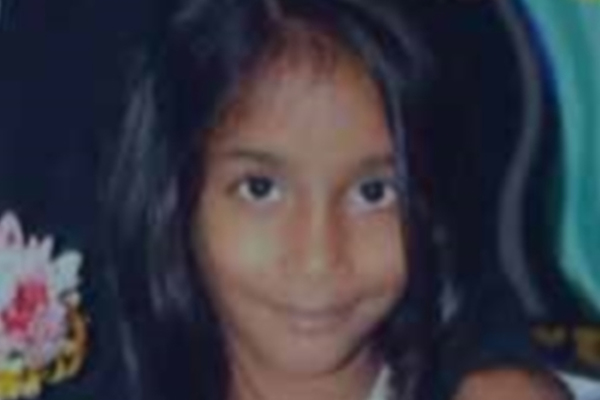 TRINIDAD (Trinidad Express) — A seven-year-old girl was killed yesterday after a metal gate fell on top of her at her Freeport home. Adita Roopchand, a pupil of Freeport Hindu Primary School, is believed to have died within minutes.

Little Adita was in the front yard of her home at Beaucarro Village, standing mere feet away from her mother who was speaking with a neighbour on the roadway, when tragedy struck at around 9:15 am.

Her distraught mother Sita Roopchand told the Express that she left Adita and her brother Devindra, 11, watching television in the house and walked across the road to speak with a neighbour. The children’s father, Rajendra Roopchand, a CEPEP (Community-Based Environmental Protection and Enhancement Programme) employee, was at work.

Sita Roopchand said, “I was talking to my neighbour and my neighbour told me look my gate fall and when I look I saw her (Adita) under the gate. My son and I tried to lift the gate but it was too heavy. We couldn’t lift it and I started to scream and everybody run out. When we did lift it off her she was lifeless. I believe she died here.”

Roopchand said she did not believe her daughter had tried to open the gate to follow after her. “She was not trying to open the gate. She was probably standing there looking at me. She was some distance away from the gate,” she said. The child was taken to the Couva Health Facility where she was pronounced dead on arrival.

An autopsy is expected to be performed on her body at the Forensic Science Centre, St James today.

The Express was told the gate, measuring some 4.5 metres high and 2.4 metres wide, had previously slipped off its track. “The gate slipped once before. They had pushed it too hard. But at that time the gate was closed,” said Roopchand. The mother wept as she spoke of her daughter, who loved to dance, read books and play in the street.

“She was a very pleasant child and very beautiful. She was pleasant with everyone she met, she would talk with them.

She was a very good child, loved to read, and was very good in school,” said Roopchand. Roopchand said she already bought all of Adita’s school books as she was to enter second standard, in the new school term in September. “She wanted to go to Wendy’s and Chuck E Cheese’s and we planned to take them there next weekend,” she said.