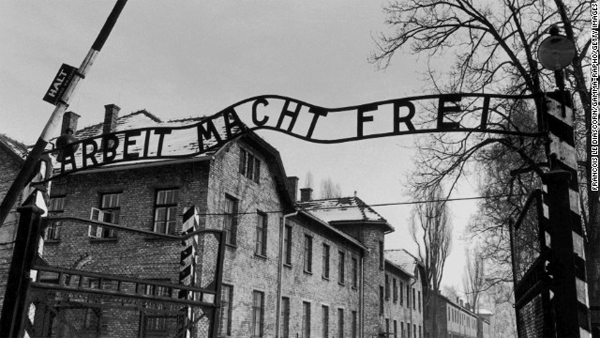 (CNN) — An alleged former Nazi camp guard who has lived in the United States since the 1950s is facing possible extradition to Germany following his arrest in Philadelphia, authorities said Wednesday.

Federal authorities are moving to extradite Johann (John) Breyer, an 89-year-old U.S. citizen, who is wanted in Germany for war crimes committed during World War II.

Breyer was arrested in Philadelphia, where he has long lived, on Tuesday. Federal Magistrate Judge Timothy R. Rice on Wednesday ordered him held without bail, pending an extradition hearing in late August.

According to court documents filed in the U.S. District Court for the Eastern District of Pennsylvania, German authorities have charged Breyer with complicity in the murder of over 216,000 European Jews from Hungary, Germany, and Czechoslovakia, who were forcibly deported to the Auschwitz II-Birkenau concentration camp on 158 trains between May and October 1944.

The U.S. case against Breyer dates to the 1990s when federal authorities sought to strip him of his U.S. citizenship, arguing that Nazis were not eligible. At the time, Breyer admitted to the U.S.

Department of Justice that he served as an armed guard at the Buchenwald concentration camp and was later transferred to the notorious Auschwitz camp, where more than 1 million people, most of them Jews, were killed during World War II.

According to the current complaint, in 1991, Breyer told U.S. authorities that he was a perimeter guard at Auschwitz and may have fired into the air occasionally. He also stated that on three or four occasions he marched prisoners to construction sites outside the camp complex.

He told authorities he heard that people would be cremated and saw smoke but did not know how the prisoners had died, the complaint said.

In 2003, Breyer won his fight to remain in the United States when a court ruled that he was not responsible for having joined a Nazi unit because he was only 17 years old at the time.

The new complaint states that Breyer was promoted at least once while stationed at the Auschwitz II-Birkenau, and granted leave to visit his German hometown twice, once in April 1944 and another time in January 1945. The complaint explains that such benefits were not afforded to guards who had refused to perform the full range of duties of an SS “Death’s Head Battalion” guard.

It was common knowledge among guards that prisoners unfit for labor were gassed and their bodies burned, according to the documents.

Breyer got his original claim to U.S. citizenship from his mother who was born in Manayunk, Pennsylvania, and who returned with her family to Germany before World War I and before Breyer’s birth. After World War II, Breyer migrated to the United States in 1952 and claimed citizenship as a displaced person.

In the court documents submitted to the federal magistrate this week, Breyer, is said to have made statements since 1951 that are, “highly inconsistent with each other and are contrary to existing historical records and other credible evidence.” Authorities allege that he deliberately made false statements to minimize his role in the Holocaust.

A spokesman for the Anti-Defamation League who is also a Holocaust survivor praised the long-running efforts that led to Breyer’s arrest.

“We applaud the German and American governments for their commitment to ensuring that, while justice may be delayed, perpetrators of the Holocaust will be pursued to the end, no matter how long it takes,” Abraham H. Foxman, the Anti-Defamation League National Director, said in a statement.

“We are especially grateful for the tireless efforts of the U.S. Department of Justice, which has long sought an order of deportation against Breyer, who served in the Nazi SS as a guard at two notorious concentration camps during World War II,” said Foxman.