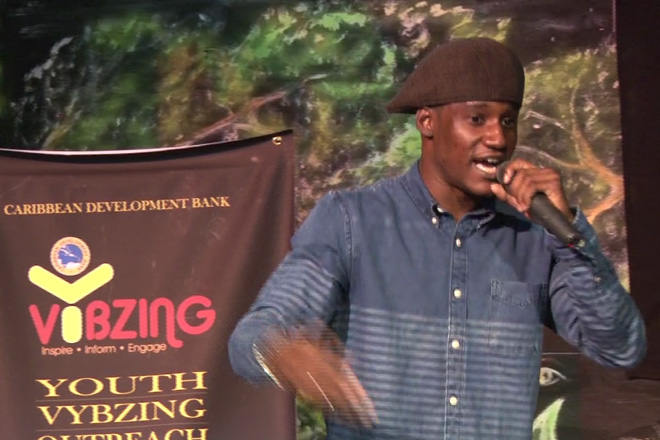 A Night of Good Vybz

The competition, which was sponsored by the Caribbean Development Bank (CDB) and organized by the Department of Youth, focused on creativity, message content and appropriateness to theme, no errors in structure and overall presentation.

Head Judge Dr. Garfield Alexander stated that the judges found it difficult to decide who the winner should be.

“It was tightly judged especially between the front runners,” Dr. Alexander said. “In fact, for first runner up in the younger group, we actually had a tie between the three judges and as the head judge I had to provide the tie breaker. All the performers were winners. I think everyone put on a really great show everything was heartfelt. Someone had to be judged the winner but all were winners in every respect of the word.”

Angela Parris of CDB stated that since the bank will be hosting the 45th annual Governers meeting from May 18, they found it fit to engage the youth in activities that are development oriented.

“I think it was a wonderful event,” Ms. Parris revealed. “It really showcased the talent right here in St. Kitts and Nevis. The young people were so creative and I think the audience really enjoyed it. I hope that we continue to support them; give them avenues like this so that they can express that talent because you could see that they really enjoyed it and to have these kinds of opportunities is something that they really crave.”

“So much came out of what they were thinking in terms of what creative industries mean and how they feel stifled,” Ms. Parris noted. “They are the ones that are going to be shaping the future; they are going to be the ones leading the development in this region. So we have to listen to them and I think Vybzing is an opportunity for the bank to listen to our young people.”

CBD has been supporting the Vybzing event for over 10 years.