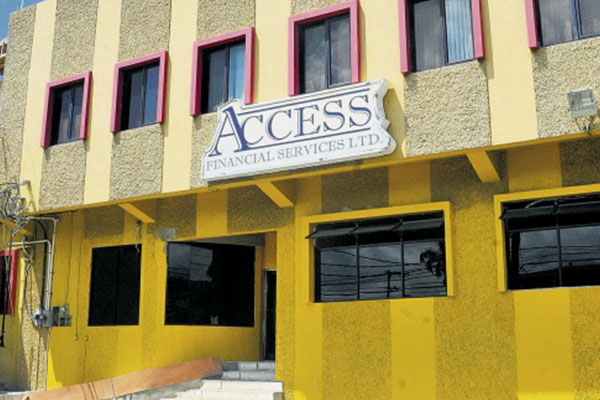 KINGSTON, Jamaica — The case between Access Financial Services CEO, Marcus James, and directors of the loan company has been adjourned until next week Wednesday.

Access Financial directors Christopher Berry, Gary Peart and Brian Goldson, as well as Mayberry West Indies Limited, are named as defendants in James’s claim filed with the court on April 3.

Last week, the directors exercised their powers granted under Article 112 of the Articles of Association and passed a resolution to strip James of his management powers and appoint Alexander Johnson to act as CEO along with James.

However a court order the previous week had instructed that, such resolutions and decisions should not remove the claimant as CEO of Access Financial Services and neither to vary, alter, or modify the claimant’s salary or emoluments.

James and Access directors have been embroiled in a dispute surrounding certain actions.

Founded by James, Access began operating in 2000 and now has 15 outlets islandwide. It is the leading microfinance company in Jamaica. Mayberry acquired a 49 per cent minority stake in Access in 2006 for J$38 million.