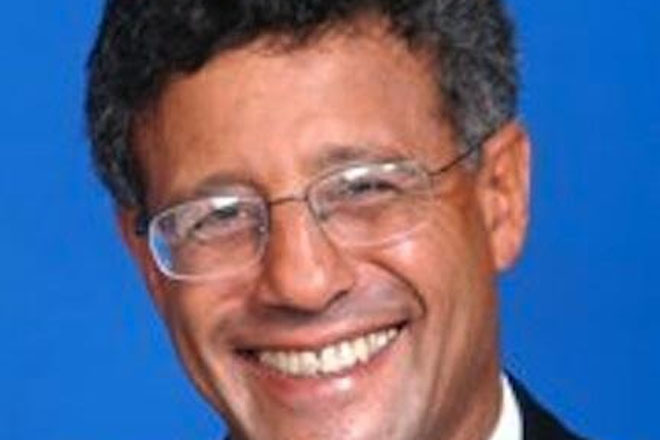 Activists Say Deportation Of Man Will Be Illegal

(Tribune242) HUMAN rights advocates are deploring the fact that a man, who recently had charges of illegal entry dismissed in Magistrate’s Court, is being held at the Carmichael Road Detention Centre awaiting deportation.

Fred Smith, QC, said his legal team would do what it could to prevent the “illegal deportation” of 27-year-old Jean Mary Justilien.

Magistrate Andrew Forbes ruled last Tuesday that there was no evidence to show that the 27-year-old had illegally entered the Bahamas in June.

Mr Justilien was shot during an immigration round up in Palmetto Point, Eleuthera, on June 9 and airlifted to the Princess Margaret Hospital for treatment.

He was later taken into police custody on suspicion of assaulting a police officer and an immigration officer in the execution of their duties, according to police in an earlier statement.

Police later concluded that the alleged assault resulted in the accidental discharge of the police officer’s service revolver “causing injuries to the face and shoulder of the suspect”.

Despite being acquitted of the illegal entry charge, Mr Justilien has not been released.

Yesterday, Mr Smith told this newspaper that authorities would not let his client see his lawyers on Friday and Saturday.

Mr Smith added: “I got an urgent call this morning from Justilien’s family – (officials) took him to the airport, put him on a plane, then took him off. He’s back at the (Carmichael Road) Detention Centre now. And I heard they’re going to try to deport him tomorrow (Monday) morning. And there’s no deportation order. There’s a complete breakdown in law and order in The Bahamas at the top.

“They wouldn’t even let his family give him $40 on the bus, so that when he got to Haiti he would have a couple of dollars in his hand,” the lawyer said.

Foreign Affairs and Immigration Minister Fred Mitchell told The Tribune that he could not comment on the matter.

“I told you all that’s an operational matter. You would have to speak with the director of immigration on that,” Mr Mitchell said when contacted for comment.

When informed that Immigration Director William Pratt declined questions from this newspaper moments earlier, Mr Mitchell said: “I’m out of the country so I still could not comment on it.”

Mr Pratt, when contacted by this newspaper at 2pm yesterday, said: “I’m not taking any interviews. I’m at supper.”

Last week, Amnesty International declared urgent action concerning Mr Justilien’s case. The international human rights group also said it is “calling on the authorities to immediately release Justilien from detention, as he was acquitted by the Magistrate’s Court for irregular entry.”

It is also “calling on (officials) to ensure Justilien is not subject to torture or other ill-treatment, and to allow him immediate access to an independent doctor of his choosing.”

In September, Mr Justilien filed a writ against the government seeking $500,000 in damages for the shooting and breaches to his constitutional rights.

Last week, Magistrate Forbes ruled that there was no evidence to show that Mr Justilien has illegally entered the country.

Magistrate Forbes added that the prosecution had made no headway in providing evidence to support the allegation throughout the duration of the case.

The judge also noted that there was no concrete proof of Mr Justilien’s identity, reasoning that if the accused was said to be undocumented, as reported by Mr Pratt in June, then there is no way to actually prove that the man who stood before him yesterday was in fact “Jean-Mary Justilien”.

The aforementioned, along with other inconsistencies surrounding the alleged series of events, resulted in Magistrate Forbes ruling that the charge against Justilien be dismissed.

However, Mr Justilien was required to remain in custody until certain requisite “administrative procedures” had been carried out and completed.

His lawyer, Fred Smith, QC, filed a habeas corpus writ seeking his immediate release, but a hearing will now be held on December 10 in the Supreme Court.

The Grand Bahama Human Rights Association, which is headed by Mr Smith, also expressed concern over the 27-year-old’s fate.

“There is no legal justification for this move to deport him whatsoever, yet it is the second time since the beginning of his ordeal that we have been informed of a plan to do just that.”

“We believe that Justilien is not in possession of his travel documents and other important identification papers at this time. He risks arriving in Haiti with no way to prove his identity and as a result, may face further serious violations of his human rights.”

On Friday, Amnesty International also said it is aware of reports that “the implementation of the reform of the immigration policy has fuelled a climate of xenophobia in the country, and led to arrests, detentions and subsequent deportations of alleged undocumented migrants, through arbitrary round-ups, which disproportionately affects Bahamians of Haitian descent and Haitians.”