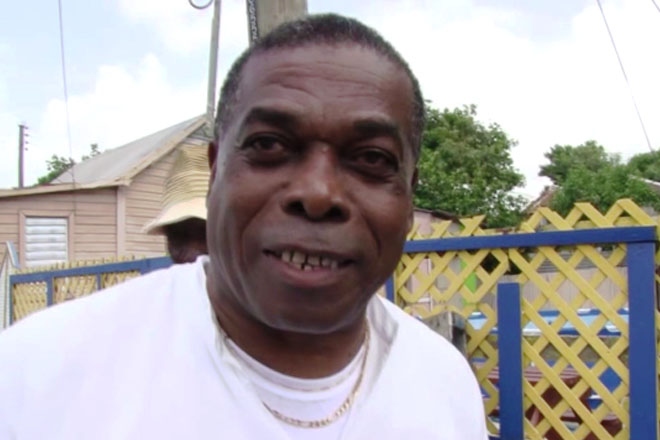 (ZIZ News) — Parliamentary Representative for Constituency One, Hon. Ian “Patches” Liburd has pledged his commitment to address the drainage problem in parts of Newtown.

On Saturday, during a tour of Newtown, several residents aired their concerns about the health risk posed by a number of blocked drains in the area. One resident said it had been a growing issue for a number of years.

“The water keeps backing into people’s yards. The water is not running freely, it is a hazard and it is a hazard with the mosquitoes too; lots of mosquitoes; every day I have to buy BOP to take care of this matter. But I have spoken to the new minister now, the representative for this area, and he said he’s gonna address it but I want it to be done speedily. We can’t afford to wait on this matter. On Pond Road itself, the drain on Pond Road need to be addressed. Its full of muck, full of bottle, full of sand, everything is in there and I am calling on the representative for this area to look into it urgently,” the resident exclaimed.

Minister Liburd acknowledged the severity of the problem, noting that it was ignored by the former representative during his tenure in office.

“As a small boy, you could have ran right up between the neighbors.now this drain has been so for over 20 years. We had a representative in this constituency for 22 years; he was in government for 20 years; and has done absolutely nothing about this drain. He was as a matter of fact the Minister of Health for 10 of those 20 years and the Minister of Public Works for the other 10,” Liburd said.

He however called on his constituents to remain calm as he works to address the matter.

“I want the residents from this area to understand that their representative will repair this drain, change the environment and improve the environment because the water can’t run, it smells stink but it can’t be done in 20 days but it will be done. What the former representative, who slept on his job as everybody said, did not do about this drain, I am going to do and I am going to ensure that we improve the standard of living and life of not only these people in the Sebastian Street area but in the entire constituency,” Minister Liburd promised.

During his short term in office so far, Minister Liburd has sought the assistance of the Venezuelan Government to assist with the renovation of several apartment complexes in Newtown, installed running water at the residence of Newtown resident Norman James and provided a mattress to a Newtown fisherman.