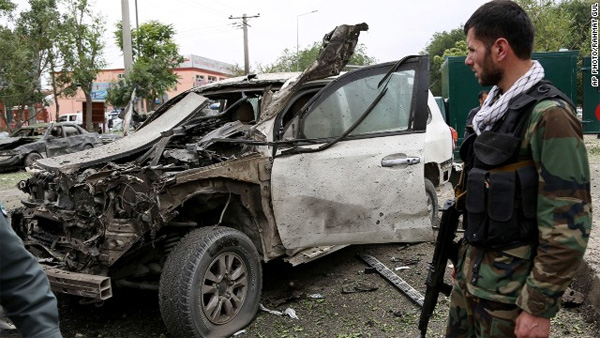 (CNN) — At least six people were killed and more than a dozen others injured when explosions hit a campaign rally for one of Afghanistan’s two presidential runoff candidates at a hotel in Kabul on Friday, an Interior Ministry spokesman said.

Abdullah and his running mates were not hurt, but the candidate’s car was severely damaged, Sediqqi said.

aThere were two explosions, Sediqqi said: One was a suicide attack and the other a possible roadside bomb.

Video from the scene showed hotel windows blown out and police securing the area.

Abdullah, a former foreign minister, garnered 45% of the vote in the first round, and Ghani, a former finance minister, earned 31%.