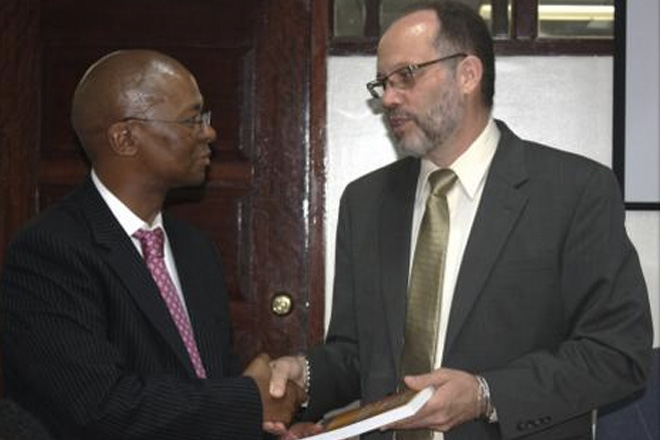 Georgetown, Guyana — Secretary-general of the Caribbean Community (CARICOM) Irwin LaRocque has described as “important and historic” a working visit to the Secretariat’s headquarters by a team from the African Union Commission (AUC).

The three-day visit, which began last Wednesday, forms part of a comparative study of various multilateral and inter-governmental organisations being conducted by the AUC delegation.

CARICOM is among integration movements including the European Union (EU), Association of Southeast Asian Nations (ASEAN), and the East African Community, where the team is examining systems and procedures of operations to extract best practices to ultimately improve the working methods of the AUC.

The secretary-general told the delegation that the Community valued its relationship with the African Union and stressed the importance of integration movements among developing countries working closer together.

The visiting delegation was led by Ambassador Baso Sanqu, chief adviser to the chair of the AUC.

Sangu stated that CARICOM had a “special place” in the AU and that he considered the visit as a way of “resuscitating our ties.”