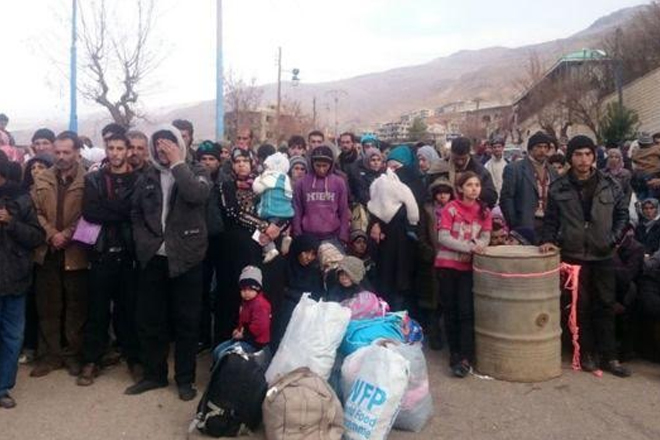 (BBC) Aid lorries are heading to the besieged Syrian town of Madaya with enough food to last 40,000 people for a month, as well as medicine and blankets.

Residents have been trapped there for six months by a government blockade and have received no aid since October.

Twenty-eight are reported to have died of starvation since 1 December.

Aid will also be delivered to two villages besieged by rebel forces in the northern province of Idlib under a deal between the warring parties.

The situation in Foah and Kefraya is also said to be extremely dire, with an estimated 20,000 people trapped there since March.

Madaya, which is about 25km (15 miles) north-west of Damascus and 11km from the border with Lebanon, has been besieged since early July by government forces and their allies in Lebanon’s Shia Islamist Hezbollah movement.

Brice de la Vigne from the medical charity Medecins Sans Frontieres (MSF) described the situation in the town as “quite horrific”.