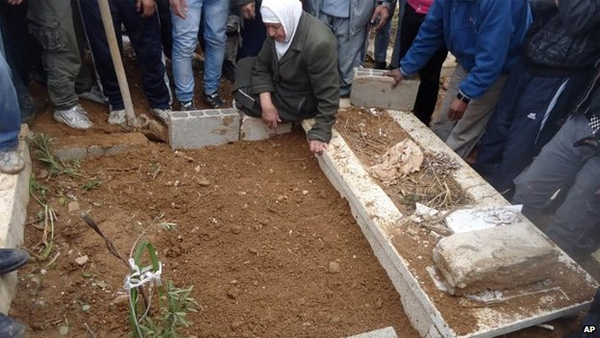 (BBC) Aid has reached the besieged Palestinian camp of Yarmouk in the Syrian capital Damascus for the first time in months, Palestinian officials say.

Some 18,000 Palestinian refugees in the camp have not seen an aid delivery since July.

It is not clear how much aid has been allowed in the camp.

Reports from inside Yarmouk say at least 40 residents have died from hunger and lack of medical care.

Anwar Raja, a Palestinian official, told AP news agency that much of the material was carried “on the shoulders” of members of the Popular Front for the Liberation of Palestine – General Command (PFLP-GC), whose militia has been allied to the government of President Bashar al-Assad.

The PFLP-GC has previously clashed with the rebel Free Syrian Army (FSA) over control of the camp.

Earlier this week the UN Relief and Works Agency (Unrwa) warned that the humanitarian situation inside Yarmouk was “worsening dramatically”.

Yarmouk was once home to Syria’s largest population of Palestinian refugees but most have fled since the conflict began. A community of 160,000-180,000 now numbers around 20,000 or less.

Aid officials in Damascus recently told the BBC that “the gates of Yarmouk” were slammed shut in July and almost no aid has been allowed to enter since then.