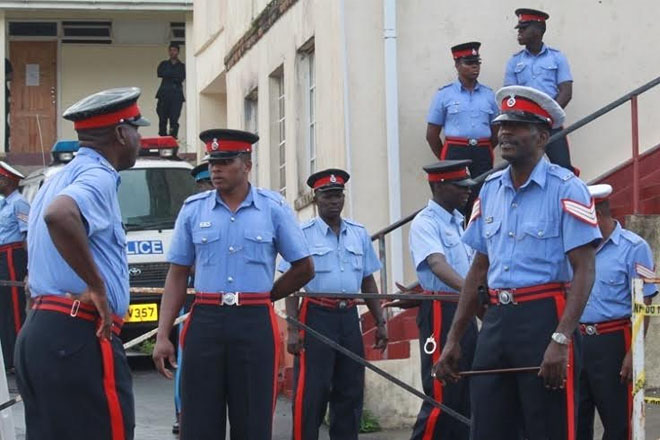 (Caribbean360) The search for missing Canadian woman Linnea Moore-Venoitte continues, with all past and off-duty officers being called into action.

But there are conflicting reports about whether the apparently abducted woman was hit by a car as police reported.

Lawmen said yesterday that they had launched a hunt for the 36-year-old mother of two – who was working in Grenada at St. George’s University – after she went for a Sunday morning run with the family dog, Nico, and never returned.

They said it appeared both Veinotte and the dog were struck by a vehicle. The dog was left on the side of the road but Veinotte was nowhere to be found. According to police, there would be damage to the front, right side of the vehicle that struck the two and “the driver is thought to have also incurred a flat tire in the incident and would have had to change it somewhere nearby”.

But in a statement posted on the ‘Find Linnea Veinotte in Grenada’ Facebook page, a message attributed to the missing woman’s husband, Matt, stated that there was no evidence that she was struck by the vehicle.

“I would like to ask anyone who might have any information to please come forward. I just want my wife to come home; my boys need their mother. Linnea’s mother and sister are with me now and both my brother and sister are here too. We all ask that if you know anything that will help, however insignificant it might seem, please call me or the police,” he said.

The Royal Grenada Police Force (RGPF) said in a statement that it was working diligently to solve the case.

“The RGPF continues to work steadfastly on this unfortunate and senseless occurrence. This matter is deeply disturbing to the commissioner and he continues to give it urgent priority as it is needed. For the first time in over 25 years all past and off duty police officers were called in to deal with a missing person report,” it said.

Police thanked the public for its help thus far, saying that the support “has been absolutely tremendous and first class”.