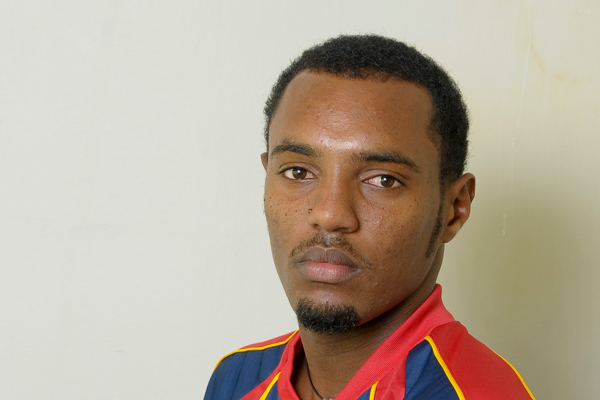 Ambris looks to step up in the eyes of greatness

CAVE HILL, Barbados – Sunil Ambris has found an extra-special reason to lift his performance during the training camp for the Sagicor West Indies High Performance team and their upcoming series with Bangladesh-A, starting next week in Barbados.

The former Young West Indies batsman said the presence of Sir Vivian Richards at the training camp has inspired him to work a little harder and put in the extra effort to impress the West Indies icon in the hope of making the final cut.

“He’s been there monitoring a few times that I have batted in the training sessions and he has pointed out a few things that I can work on,” said Ambris.

“I want to do my best being around such a great player. Having him around is a good thing because it is helping to bring out the best in me and the other players. He makes you want to do well.”

Sir Viv will work in an advisory role alongside the Sagicor WIHPC coaching staff for the remainder of the training camp and through until the end of the series against the Bangladeshis which include a pair of four-day, three 50 overs-a-side and two Twenty matches to be played at venues around Barbados.

Ambris said he was grateful for the experience of attending the training camp at the Sagicor WIHPC, which has met many of his expectations.

“I have learnt quite a lot of new things,” he said. “I have been able to get a clearer understand of my strengths and weaknesses from the coaches, so I know exactly what areas I have to work on and things have generally been going great so far.

“I have heard about the Sagicor WIHPC from other players that have attended, so coming for the first time, it has been what I expected in many ways. It’s been a lot of hard work, but that is what I expected, so I am looking forward to the rest of the camp and making the most of this opportunity.”

Ambris has just completed his maiden season for Windward Islands in the Regional 4-Day Tournament. He finished the season with 468 runs from 12 innings in six matches for an average of 39.00.

“It was a bit of a shocker for me,” he said. “I did not play the first two matches of the season – and I was not even in the squad for the first two matches. I only got into the side after Andre Fletcher and Johnson Charles left for the ICC World Twenty20 Tournament in Bangladesh.

“This was my first experience in the senior Windwards squad, so having been given the opportunity, I tried to grab it with both hands. It was a good season for me. I tried to keep things simple and this worked for me.”

The highlight for Ambris was a maiden first-class hundred of 114 in his debut innings against Guyana in the third round at the Guyana National Stadium which helped the Windwards earn a hard-fought draw and him the Man-of-the-Match prize.

He ended the season in the same way he started, collecting an enterprising hundred of 102 against Jamaica in the Headley/Weekes Trophy Final.

“My hundred against Guyana was one of my best days in the game ever,” he said. “It was a hundred on debut – first innings of my first match – and it was a chanceless innings.

He said: “I had expected to play first-class cricket earlier, but things did not quite work out that way.

“From my point of view, it would appear this was the perfect time to start, since I had a good season and I generally quite happy with my game at the moment. There are still a few things I can work on, there always will be, but this is a work in progress.”

Born on March 23, 1993 in St. Vincent, Ambris said his success could not have been achieved without the support and assistance of his elder brother, fellow Windwards batsman Romel Currency.

“Romel is my best friend,” said Ambris. “He is always there for me. He is like a second father-figure in my life. It was great to have him in the Windwards side this year because it helped me settle into the side a lot.

“We did a lot of work by ourselves after team training was over and there were a couple of occasions when the team bus was waiting on the two of us. I spent a lot of time working in the nets with him and he encouraged me.

“In him, there was also someone with whom I could chat and bounce this off about anything, so I owe plenty of my success in the Regional 4-Day Tournament to my brother.”

Currency will not be around when Ambris takes to the field against Bangladesh-A, but he has his eyes firmly fixed on a higher calling.

“First of all, I want to get into the starting 11,” he said. “The squad we have here is a very strong unit and take it from there, score big, and who knows.

“This could be the start of something big for me. If I can get a few good scores here and follow it up with another good season in the regional tournament, the possibilities are endless.”