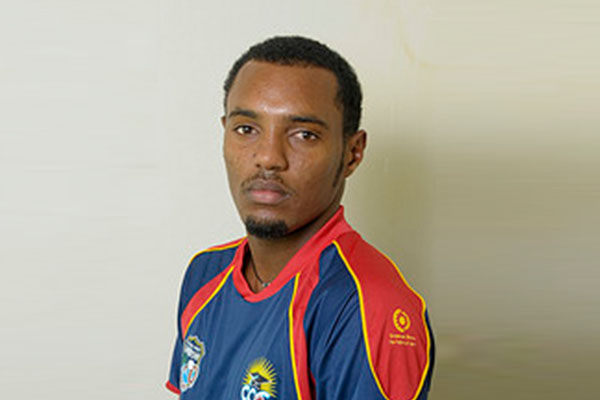 It was some choice by the Windward Islands management, opting to replace Dalton Polius, who was not effective against Trinidad & Tobago in Port of Spain. Ambris, therefore, got his chance, and he made full use of it.

The Windwards got a solid start from opener Devon Smith and Tyrone Theophile. Both batsmen put on 65 runs for the first wicket. They had seen out a large part of the first morning before Smith fell for 28.

The first wicket brought another two quick ones for Guyana as the Windward Islands moved from 65/1 to 78/3. Theophile had followed Smith back to the pavilion for 42 while Lesporis failed to score.

Romel Currency tried building a partnership with Ambris and both batsmen were somewhat successful. They put on 29 runs before Davendra Bishoo accounted for Currency.

The Windwards were wobbling at that stage, in an uncertain position of 107/4. But their skipper, Liam Sebastien met with Ambris and both batsmen buckled down for the visitors.

Close to the end of the day’s play, Christopher Barnwell would get him adjudged Leg Before Wicket for 114. Guyana would get another quick wicket as Lyndon James was also trapped LBW by Barnwell.

Sebastien safely saw out the day at the crease, finishing unbeaten on 60 runs. He has so far faced 133 balls, hitting eight fours. Alston Bobb is with him on four.