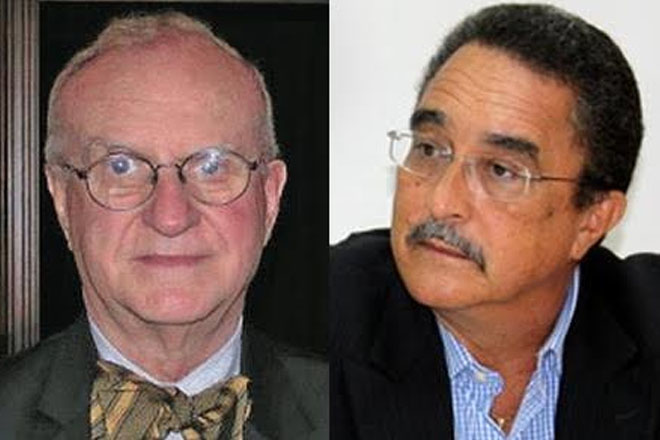 Castries, St Lucia — Saint Lucia’s prime minister, Dr Kenny Anthony, has been called on to apprise the nation of the legal costs involved in the government’s ongoing efforts to settle an ill-fated agreement purporting to grant oil exploration rights over some eight million acres of Saint Lucia’s maritime territory.

In or about February 2000, Anthony, as then minister of finance, planning and sustainable development, signed a contract with RSM Production Company (RSM), a Texas company, along with its president Jack Grynberg, that purported to grant the company an “Exploration License” in respect of territorial maritime resources belonging to Saint Lucia amounting to 8,726,263 acres.

An ongoing claim by RSM in relation to the agreement is currently before the International Centre for Settlement of Investment Disputes in Washington, DC, but the matter was deferred again in April following RSM’s failure to put up US$750,000 security for Saint Lucia’s legal costs.

On Thursday, the Lucian People’s Movement (LPM) said that Anthony is obligated to offer the people of Saint Lucia an open and full disclosure regarding this matter.

“Furthermore, in doing so, he would finally ensure his government’s full compliance with the true meaning and ideals of accountability and transparency, which he has often maintained are the hallmarks of good governance,” the LPM said in a press release.

According to the LPM, in addition to being a lesson for Anthony, who signed an agreement with Grynberg for oil exploration in Saint Lucia without any prior consultation with the citizens of Saint Lucia, the Grynberg affair highlights the painful repercussions that result when leaders with autocratic tendencies make ill-conceived decisions which could well saddle an entire nation with insurmountable financial debt.

Saint Lucia is currently being represented in the matter by a total of five lawyers, all of whom are employed by the law firm Freshfields Bruckhaus Deringer, which operates in both the United States and the United Kingdom.

In late 2013, a complaint was filed with the US Department of Justice stating that the following facts, among others, established probable cause that a crime had been committed in relation to the RSM contract to warrant investigation and possible prosecution under the US Foreign Corrupt Practices Act (FCPA):

1. The contract was signed by Anthony purportedly as a Saint Lucia government minister but who was not in fact legally authorised or empowered to do so;

2. The contract was approved neither by parliament nor the governor general of Saint Lucia;

3. Royalty payments under the contract were to be made directly to a public official, not the Saint Lucia government itself.