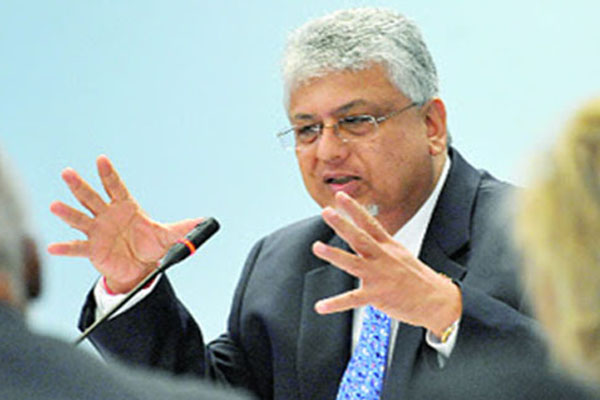 Port of Spain, Trinidad — Legislation to curb corruption in this country was finally passed yesterday in the Senate.

However, the procurement legis­­lation will take around six months before it is proclaimed by President Antho­ny Carmona and comes into effect as a number of mechanisms must be put in place before, says Planning Minister Dr Bho­en­dradatt Tewarie.

The Public Procurement and Disposal of Public Property (No 2) Bill, 2014 was passed with 24 votes in favour from the Government and Independent benches yesterday at the Senate sitting, at Tower D, International Waterfront Centre, Port of Spain.

The six Opposition Senators abstained from voting but the bill was passed with the required three-fifths majority.

The bill was first passed unanimously in the Senate in June 2014. It was then passed in the House of Representatives with a Government majority on July 4. It returned to the Senate yesterday for its final passage without amendments.

Speaking to the Express yester­day, Tewarie said there have been many attempts since 1997 to bring procurement legislation to Par­lia­ment, with the former People’s National Movement (PNM) government bringing a white paper in 2005 and draft legislation in 2006.

Tewarie noted the Uff Commission of Enquiry into the Urban Develop­ment Corporation of Tri­ni­dad and Tobago (UDeCOTT), under former executive chairman Calder Hart, in 2010 contained 91 recommendations to address issues relating to corruption, which meant there were many instances which suggested corrupt practices would have taken place.

He said following this, there was agitation for procurement law and a promise was made by the Kamla Persad-Bissessar-led People’s Partnership Government to deliver.

Draft procurement legislation was then sent to a Joint Select Committee (JSC) of Parliament from 2010 and was put on a roller-coaster ride as in 2012, the PNM Oppo­si­tion boycotted the JSC.

Tewarie said it has been a long journey but the country can rest assured legislation to deal with corruption and the draining of the public purse is here.

He noted the new laws will have strong sanctions against bid-rigging, collusion, and heavy fines for anyone in the public or private sector involved in corrupt practices.

He said the law also focused on issues of transparency, accounta­bi­lity, value for money and local industry development.

The fines range from $1 million to $10 million, with the discretion of the judge to include jail terms.

Tewarie explained it was now in the hands of the Finance Ministry to put the necessary requirements in place for the bill to come into effect.

“The next step would be to prepare the groundwork that would be done by the Ministry of Finance, and they have already engaged the United Nations Development Programme to help them with a number of things,” said Tewarie.

Other prerequisites include the provision of support for the development of effective and efficient organisational arrangements for procurement management in ministries and State enterprises.