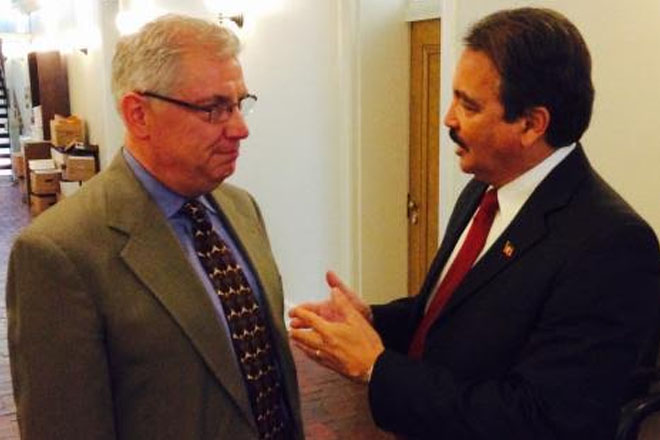 Antigua and Barbuda and US Meet to discuss WTO Gaming Case

Washington, USA — On Tuesday, the foreign minister of Antigua and Barbuda, Charles ‘Max’Fernandez, and his delegation met with Assistant US Trade Representative for the Western Hemisphere, John Melle, to discuss resolution of the WTO case United States – Measures Affecting the Cross-Border Supply of Gambling and Betting Services.

Both sides considered the meeting productive and useful for the exploration of various elements that could ultimately bring closure to the matter.

Both governments have undertaken to continue the discussions at an early date with a view to reaching a final settlement.

Fernandez and Melle each gave their respective government’s commitment to moving to a final conclusion as expeditiously as possible.

The United States breached commitments it made to WTO members under the General Agreement on Trade in Services (GATS) by maintaining and enforcing laws that act to prevent foreign-based operators — including those based in Antigua and Barbuda — from offering gambling and betting services on a cross-border basis to consumers located in the United States.

The WTO ruled back in 2004 that these laws contravened the obligations of the United States under the GATS and directed the Americans to bring their laws into compliance with their GATS obligations. The initial ruling was upheld on appeals and despite occasional claims of compliance, the United States remains in violation of international law. Sustained attempts by the Antiguan government to negotiate a reasonable and balanced settlement have not been effective, as the United States has largely failed to engage with Antigua and Barbuda in any meaningful way.

Recourse to the suspension of concessions and other obligations in respect of US intellectual property rights was awarded by the WTO in late 2007 and confirmed in January 2013.