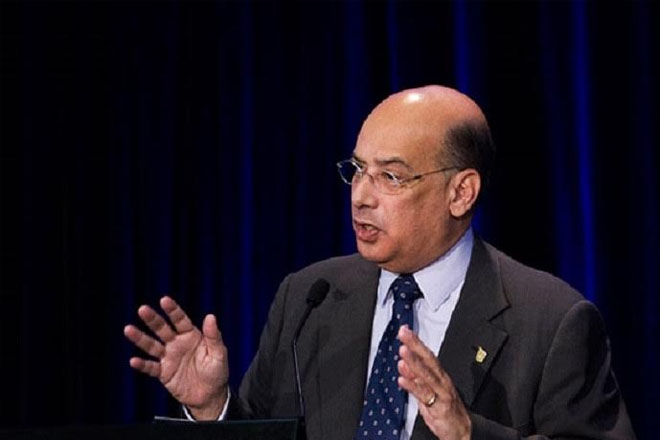 St. John’s, Antigua and Barbuda — Antigua and Barbuda’s Ambassador to Washington has written to three members of the United States’ Congress objecting to the country’s listing as a tax haven and describing the decision to label the island in that way was ill-informed and unjust.

The District of Columbia Fiscal Year 2016 Budget Support Act of 2015 has named Antigua and Barbuda among 39 countries it said are tax havens – jurisdictions that had no effective tax, or a nominal tax on the relevant income and: had laws and practices that prevented the exchange of tax information with other governments; lacked transparency; facilitated establishment of foreign entities without a local presence or impact on local economy; excluded local residents from taking advantage of the tax regime’s benefits, or had created a tax regime that was favourable for tax avoidance.

The twin-island nation’s Ambassador to Washington, Sir Ronald Sanders has dispatched letters expressing displeasure and concern about the listing to Congressmen Jose Serrano, a ranking member of the Appropriations Subcommittee on Financial Services; Charles Rangel, the second longest serving House member and Member of the Committee on Ways and Means; and Congresswoman Yvette Clarke, a member of the Energy and Commerce Committee.

In his letter, Sir Ronald asked of the members of the House of Representatives to use their offices to facilitate a rescindment of Antigua and Barbuda’s inclusion on the “flawed and injurious” list.

“The very publication of the Act has smeared the reputation of our jurisdiction and will cause US investors to stay away from our country,” he stated.

“Should this Act become law, it will cause the collapse of important correspondent relations between banks in Antigua and Barbuda and the United States for vital transactions, including paying for goods and services purchased from the United States and paying school fees for our students at educational institutions throughout the US. In turn, the collapse of our banks, which cannot operate without correspondent relations, will damage our economy irreparably, reducing our gross domestic product, increasing unemployment and expanding poverty.”

In his letter to Mayor Browser, the diplomat asked for the criteria and the evidence used to support her inclusion of Antigua and Barbuda on the list.

He noted that the request was being made against the background of the country signing a Tax Information Exchange Agreement with the US which has been in force since February 10th, 2003, and pointed out that no request made by the US has been denied.

It was also highlighted that in February 2014, the Financial Action Task Force, on whose decision-making councils the US sits, declared Antigua and Barbuda to be fully compliant and cooperative with international standards against money laundering in all its forms, including tax matters.

Sir Ronald further stated that on August 4th, 2014, the OECD’s Global Forum on Transparency and Exchange of Information for Tax Purposes, of which the US is a member, found Antigua and Barbuda to be in compliance with the highest international standards of transparency and exchange of information, including matters related to taxes.

In concluding his letter, Sir Ronald reiterated the call made by Prime Minister Gaston Browne for the members of Congress to consider the damage that the District of Columbia has done to the jurisdiction of Antigua and Barbuda and the irreversible harm that would be done to the country should the Act be passed into law.

Both Prime Minister Browne and Sir Ronald have pledged to continue using other fora to highlight the damage that the passage of the law would cause to Antigua and Barbuda’s economy.