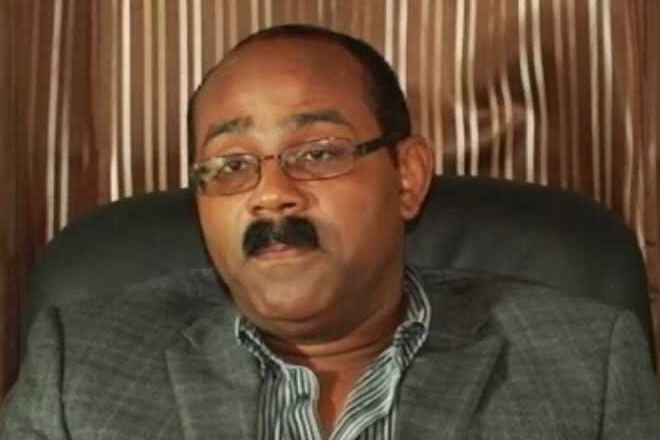 St John’s, Antigua — Prime Minister Gaston Browne was due on Wednesday to create an historic moment for the government and people of Antigua and Barbuda when he signs off on an agreement to give the government and country majority ownership of the local petroleum company, West Indies Oil Company Limited (WIOC).

Browne, along with attorney general Steadroy Benjamin and foreign affairs and international trade minister Charles Fernandez, left Antigua on Tuesday for London, where the agreement to change ownership of the company will be signed with the principals of National Petroleum Limited (NPL).

Paving the way for the signing of the agreement in London are energy advisor Terry Burns, government’s director on the WIOC board Hilroy Humphreys and chief executive officer of WIOC Gregory Georges.

“At about 12 noon on Wednesday, we will complete the purchase of WIOC. That also includes approximately 280 acres of land. At least 280 of it is undeveloped, stretching from Friars Hill to McKinnon – lands that will be passed on to the people of Antigua and Barbuda,” Browne outlined during a press briefing on Tuesday.

He stated that this action by his government is a most empowering initiative, one in which they have taken $150 million in private wealth and transferred it into public wealth for the masses.

“We have engineered this deal in such a way that we would not have incurred one dollar in debt or spent one dollar in acquiring WIOC. So by setting this vision in transforming Antigua and Barbuda into an economic powerhouse, it is a serious vision and we are working relentlessly in achieving this vision. We are working smart and hard and we are exercising the type of discipline to ensure that we produce and create value for the people of Antigua and Barbuda,” Browne stated.

He said that his government expects the entire population, public and private to emulate the performance of the executive that has been working relentlessly to create opportunities for the people of Antigua and Barbuda. He noted that he is confident that all Antiguans and Barbudans have the ability so to do.

“I am confident that it is just a matter of time before Antigua and Barbuda is acknowledged as an economic powerhouse in the region,” he pointed out.

The Antigua-Barbuda Labour Party administration, within weeks of coming into office nine months ago, set out to accomplish a campaign promise of acquiring the shares of WIOC. Browne a few months ago secured the backing of the government of Venezuela, which will own 25 percent of the shares in the company, and a Chinese investor, who will own 24 percent of the shares. The government will maintain majority shares in the company, most of which it will divest to the people of Antigua and Barbuda over time.