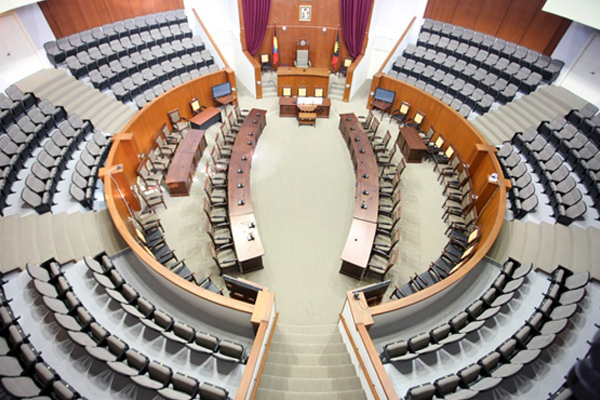 St John’s, Antigua — Members of the ruling Antigua and Barbuda Labour Party (ABLP) in the House of Representatives on Thursday staged a protest action against an opposition member of parliament by walking out during the 2015 Budget Debate.

Following a two-hour expose by Health and Environment Minister Molwyn Joseph of the tenure of the previous United Progressive Party (UPP) administration, which was voted out of office six months ago, the members of the government walked out of the House one behind the other when opposition parliamentarian Joanne Massiah stood up to make her presentation.

The government ministers claimed that the opposition member absented herself from the debate in the House on Thursday, which they deemed as gross disrespect.

“While we are in parliament doing the nation’s business, she was busy all day making her rounds in the media waging a campaign for her party’s leadership, then she wants us to sit and listen to her presentation. We will not put up with this nonsense and disregard for the importance of doing the people’s business,” MP Chet Greene stated.

Prime Minister Gaston Browne, speaking in the House following the walk-out of his colleagues, said that the opposition member was irresponsible and her actions demonstrate that she does not recognize the seriousness associated with being paid by taxpayers’ money and therefore has a responsibility to be in parliament and to make her presentation.

Massiah is in a bitter fight against former finance and economy minister Harold Lovell for the leadership of the opposition UPP in an upcoming convention, during which former prime minister Baldwin Spencer will announce his retirement from active politics.

“They left the nation in shambles and still they are not taking the business of the people seriously now that they are in opposition. We will not sit down and allow it because it is not business as usual. We are committed to rebuilding this nation and we will not be distracted by their irresponsibility. Every time they slip we will hold them accountable in the House,” remarked veteran politician Robin Yearwood.

The parliament was adjourned by the Speaker who was unable to reconvene because of the lack of a quorum.