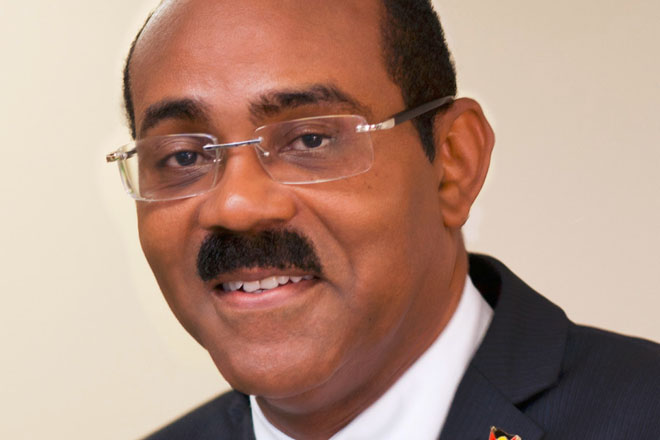 St John’s, Antigua — In a strongly worded letter to Ambassador Mikael Barford, head of the Delegation of the European Union to Barbados and the Eastern Caribbean, Prime Minister Gaston Browne has documented his government’s impassioned objection to Antigua and Barbuda being named by the European Commission as a “tax haven” in a list published on June 17.

Calling the inclusion on the list unjust, Browne said that his government totally objects to the implication by Pierre Moscovici, the EU Commissioner for Economic and Financial Affairs, Taxation and Customs, that Antigua and Barbuda is a “non-cooperative” jurisdiction. The country’s leader further stated that the EU Commission and Moscovici have done considerable harm to Antigua and Barbuda and many other countries named on the list in flagrant disregard of known facts about the jurisdictions.

“In the case of Antigua and Barbuda, the jurisdiction has been found to be in compliance with the highest international standards of transparency and exchange of information as set by the Global Forum of the Organisation for Economic Co-operation and Development (OECD) of which EU countries are members. Indeed, since the publication of the EU list, the OECD Global Forum has disassociated itself from the action of the EU and underscored the fact that it is their assessment which is the relevant assessment for the purposes of determining a country’s cooperation in tax matters,” Browne’s letter read.

It was also made clear that Antigua and Barbuda has been found to be fully compliant and cooperative with international standards established by the Financial Action Task Force on whose decision-making councils EU countries sit. The letter also pointed to the fact that Antigua and Barbuda has signed tax information exchange agreements with a significant number of EU members and that no request for information by an EU member state has ever been declined.

“In the circumstances, my government regards the criteria by which Antigua and Barbuda has been named on the EU list of “tax havens” as fatally flawed,” Browne outlined in his letter.

According to the EU Commission, Antigua and Barbuda was included on its arbitrary list because ten EU members named the jurisdiction as ‘non- cooperative’. The ten EU countries have been identified as: Bulgaria, Croatia, Estonia, Greece, Italy, Latvia, Lithuania, Poland, Portugal and Spain.

The country’s leader, while asking for his government’s objection to be made to the EU Commission by the swiftest means, said, “In damaging the reputation of Antigua and Barbuda – and many other Caribbean countries that appear on the extremely defective list – the EU Commission may well have infringed the terms of the Economic Partnership Agreement (EPA) between the EU and Caribbean countries.”

In registering his government’s strongest objection to the EU list, Browne called on the EU Commission to apologize for the damage it has done to the jurisdiction of Antigua and Barbuda and to publicly rescind the flawed and injurious list.