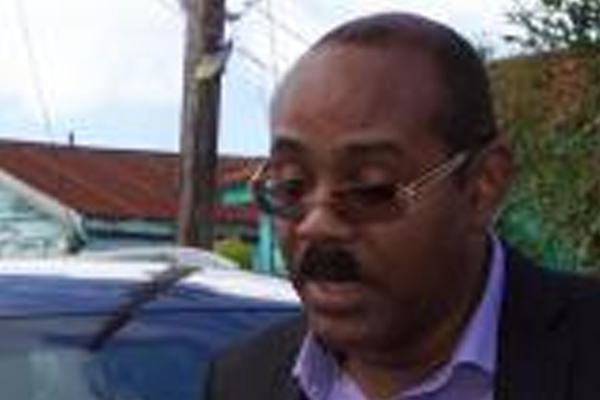 St John’s, Antigua — Antigua and Barbuda Prime Minister Gaston Browne has written to his St Vincent and the Grenadines counterpart Dr Ralph Gonsalves in his capacity as chairman of LIAT shareholders, requesting that “no further action be taken with regard to any decisions made at the meeting of shareholders of LIAT in Barbados on February 13, 2015” until his Cabinet has had the opportunity to discuss the matter.

At the meeting of the LIAT shareholder-governments, decisions were announced about disposition of the airline’s fleet of planes and the laying-off of some 160 workers.

Antigua and Barbuda is the second largest shareholder in LIAT at the present time and recently injected several million dollars into the airline.

Browne was unable to attend the meeting at which the heads of government of the two other largest shareholder governments were present. Those leaders were Gonsalves and Freundel Stuart, prime minister of Barbados.

Antigua and Barbuda’s aviation minister, Robin Yearwood, attended the Barbados meeting whose decisions would have to be referred to shareholder governments for agreement and ratification.

In his letter to the chairman of the LIAT shareholders group, Browne stated: “You will appreciate that the government of Antigua and Barbuda has made – and continues to make – a heavy investment in LIAT, and there are consequences for the economy and the well-being of the people of Antigua and Barbuda arising from decisions pertaining to the airline.”

It is, therefore, in this connection that Browne wrote to Gonsalves to ensure that no action is taken on the decision arising out of the shareholders’ meeting of February 13 until the Antigua and Barbuda Cabinet “has garnered all the relevant information and discussed the matter”.