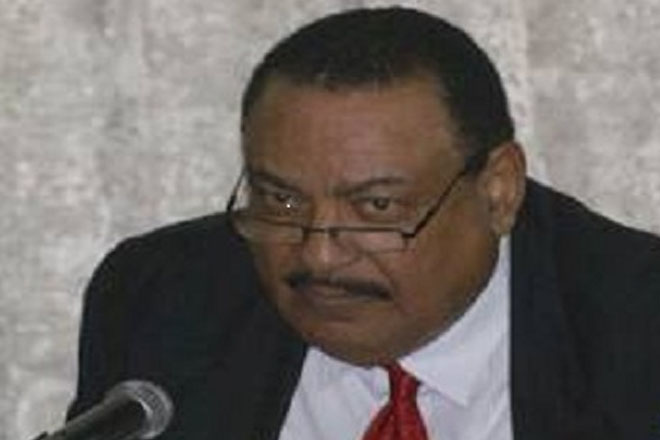 Antigua-Barbuda right to be concerned about plans to split up LIAT, says former PM

Browne recently launched a verbal tirade against LIAT CEO David Evans, who is alleged to have come up with the plan to prevent an overstaffed and financially-strapped LIAT from dying a “slow, painful death”.

LIAT is headquartered in Antigua and a significant number of the 800 workers of the airline are Antiguan.

Bird told WINN FM on Tuesday that Antigua’s contribution to LIAT in terms of significant amounts of money and investments over many decades cannot simply be ignored today. He argued that LIAT is a key part of the integration movement of the OECS.

“And you can’t just divest it like that and not integrate it into the whole process of OECS and the others. So my position: any attempt by anybody to try and do that, and this notion of divesting it and taking ATRs and giving them to Barbados and let them form a new company, it’s totally anathema to the whole spirit of what we’re trying to achieve, and the fact that we took taxpayers money,” Bird contended.

“We in fact, did not even take landing fees for years under my administration as part of our contribution. It’s not a simple question of who has the majority shares. It’s the whole spirit of what we were seeking to do, and the investment by the Antigua government when V.C. Bird was there and I was there. So I am a little bit chagrined by this whole attitude,” Bird said, voicing his support of Browne’s position.

“…And I want to say to you, if this is allowed to go through as that, we’ve put a serious kink in the whole notion of trying to unify the Caribbean. Ralph Gonsalves always speaks about the Caribbean civilization; this is certainly not an attempt to create any Caribbean civilization. So I am totally in support of what my prime minister is saying, that the impact upon Antigua and its economy, the impact on the fact that Antigua has invested so much in terms of money: cash, and landing fees not being accepted over the years – I mean donkey years – and to just try to treat it as if it’s just another cooperate entity and who has the majority shares can walk away and take half the airline,” he continued.

Bird said he understands Browne’s anger, adding that he too is angry over a proposed plan that could see Antigua lose out after years of making sacrifices for LIAT.

The former prime minister said LIAT cannot survive without interventions, and more governments benefiting from its services should chip in.

“One of the options cannot be to divest it and take off four of the ATRs and let Barbados go and form its own company. That cannot be an option. We should all go together and go the IMF and go to one of the international institutions, and point out that this is essential… to [the] Caribbean, and to the OECS and to CARICOM and to the movement of people. Part of LIAT’s problem is that it’s too expensive to travel between the islands, and there has to be some subvention in order to allow it to operate in a manner in which it can reduce the price of… travelling within the islands,” Bird said.

He suggested that part of the rationalization has to be the survival of LIAT.

“…And as an Antiguan… the notion of the impact that it would have on our economy… the impact on Antigua who has made so much of a contribution. There were times when Dominica and the others didn’t have any kind of an investment in LIAT and Antigua and Barbuda made sure that notwithstanding the fact that they didn’t have any investment… that we made them have landings in Dominica, landings in St Vincent. We did all that as part of the spirit of CARICOM and the OECS,” Bird pointed out.

Asked whether Antigua should not take account of the overall picture rather than just its own narrow interests, Bird countered that St John’s had done more than enough for the airline and deserved better treatment on the LIAT matter.

“It has a right to do so, because we put more money into it that any other country. Barbados only latterly bought the shares, but Antigua has been putting significant sums of money into LIAT for donkey’s years, so we are concerned about what impact it would have on our economy. We have a right to do so,” he said.

Antigua-based analyst Arvel Grant has suggested that, with both Barbados and Antigua and Barbuda having high stakes in LIAT, they should seek, along with other shareholder governments, to engage in meaningful negotiations on the future of the regional airline.