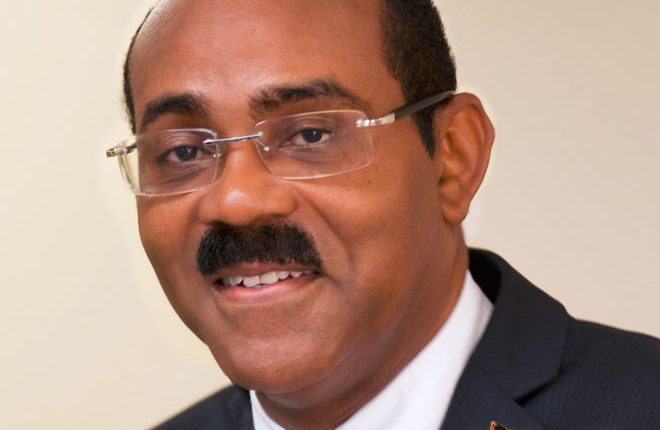 “You know I have always said to people, you must always give thanks, no matter how small the blessing and I see this decision as a blessing upon the people of Antigua and Barbuda,” Prime Minister Browne told supporters.

“So we do not see this as a bad thing per se, we see it as an opportunity at the same time. However, I want to thank those of my colleagues who would have served this country well over the last eight and a half years and of course, we will continue to stand by them, so we will not leave them out in the cold,” Browne told supporters.

Prime Minister Browne, who became the first government leader in the country to win three consecutive general elections, headed the victorious ABLP candidates, as the main opposition United Progressive Party (UPP) won five additional seats as compared to the solitary seat it had gained in the 2018 general election.

Browne polled 1, 295 votes against 621 for Alister Thomas of the UPP and Jamel Knight of the Democratic National Alliance (DNA) to win the St. John’s City West seat.

“I want to thank you all very much …I say thank you sincerely from the bottom of my heart. I feel humbled, again to be the first Prime Minister to get three consecutive terms and that is a significant amount of confidence and trust which I shall continue to honour,” Browne told supporters, adding that he would be sworn into office later on Thursday morning at 10.30 (local time) and the cabinet named on Friday.

Browne said he would have signalled to his party that it needed fresh legs and new talent.

“Truth be told after two terms some ministers become lethargic. They do not have the will to fight,” he said, adding that some of “our colleagues did not have the energy to mobilise, you could have seen it at our events, it is something the leadership discussed…

The Democratic National Alliance (DNA) failed to make any impact in the election with its leader, Joanne Massiah polling only 22 votes.

Preliminary figures released by the Antigua and Barbuda Electoral Commission (ABEC) showed that Nicholas, who has defeated the former finance minister on all three occasions, polled 791 votes while Lovell received 785. Leon Smith of the DNA got 13 votes.

In the last general election, Lovell lost by 153 votes. He has since called for a recount.

“If you are going to lead a government, you have to win your seat,” said regional political scientist and pollster, Peter Wickham.

On the sister isle of Barbuda, the Barbuda People’s Movement (BPM), retained the seat with the incumbent, Trevor Walker, comfortably winning against Knacyntar Nedd of the ABLP, according to preliminary results released here on Tuesday.

Among the casualties of the election were Works Minister Lennox Weston, Samantha Marshall, the Minister of Agriculture, Fisheries and Barbuda Affairs, Michael Browne, Minister of the Creative Industries and Innovation and Dean Jonas, the Minister of Social Transformation, Human Resource Development and the Blue Economy.

Jamaica-based pollster, Don Anderson, who had conducted several opinion polls prior to the general election, said while the UPP “will do much better than they did in 2018,” it failed to drive home the issues during the campaign.

“The shift we are seeing is a vital one,” Anderson said on a radio programme here, noting however that the shift was not sufficient to drive the UPP home “because they started too far behind”.

Opposition Leader Jamale Pringle, who was the sole UPP legislator in the last Parliament, easily won the All Saints East and St. Luke constituency, defeating Colin James by a margin of 1, 799 to 1,047.

Avory Knight of the DNA polled 52.

The highlight of the election was the victory of the independent candidate, Asot Michael, the former government legislator, who had been the parliamentary representative on four occasions but had been prevented from contesting the seat on behalf of the ruling party.

Michael had taken his matter to the courts in a bid to get the ABLP to reverse its decision and had even entertained the idea of becoming prime minister if none of the two major parties had failed to win sufficient seats to form the government.

Browne told supporters that Thursday would not be a public holiday to celebrate the victory, adding “ I want to make an appeal to all Antiguans and Barbudans, especially our political opponents to accept the results of the elections.

“Let us come together as a united nation that will fight together in order to advance this country. There will be yet another political cycle sometime down the road…but let us cool the rhetoric going forward, let us prioritise the advancement of this country recognising the challenges that we are faced with, and let us not be daunted by the challenges,” he added.