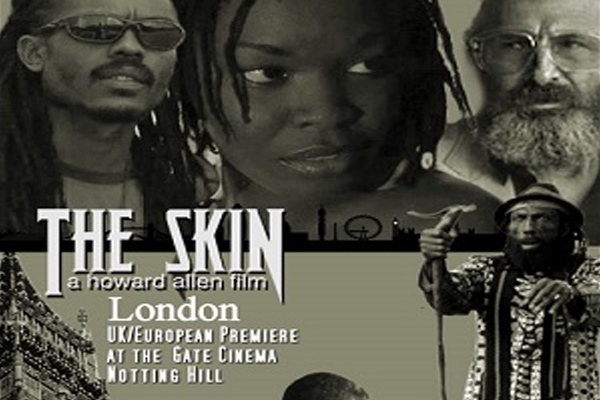 London, England — The Skin by HAMAFilms will make history this week by becoming the first feature film from Antigua and Barbuda to be screened in the United Kingdom, when it premieres on Thursday.

Filmed on location in Antigua and Barbuda, The Skin, which stars UK actor Jeff Stewart and the legendary Jamaican actor Carl Bradshaw, will premiere at GATE Picture House in Notting Hill, London, at 6 pm.

Ron Belgrave, head of Sankofa Televisual, which has the rights to distribute the movie in the UK, Europe, Asia, Middle East, Australasia and Africa, said he was “thrilled to have The Skin as part of this newest Caribbean film series in London.

“The story is wonderfully made and a joy to watch but also brings out an alternative side of the Caribbean, steeped in cultural references that we rarely explore. And with notable actors like Jeff Stewart and the legendary Carl Bradshaw it will be a treat for UK audiences,” said Belgrave.

The Skin tells the story of a young couple, played by Aisha Ralph and Brent Simon, who are about to lose their home when Michael (Simon) discovers an ancient vase and sells it to an antique dealer. There is little time to celebrate when strange things begin to happen and a Jamaican mystic (Bradshaw) tells them the ancient relic is not a blessing but a curse.

“The UK market is one we were always keen on, especially reaching Caribbean audiences,” said writer/director Howard Allen. “We took more risks with this fourth project but they have paid off. Bringing in Professor Torianno Berry as the director of photography allowed me to focus on directing and telling the story the way I wanted to. We were also able to make good on a longtime dream to work with Carl Bradshaw. Having Jeff Stewart and Peter Williams on our cast helped HAMA to tell an Antiguan story with international flair.”

“The film has been shown in LA, Washington, Toronto, Atlanta, New York, Belize, in Trinidad and other Caribbean islands. However, this is our first screening in the United Kingdom and we couldn’t be more pleased,” declared Mitzi Allen, executive producer of the film.

Actor Jeff Stewart will be at the London premiere for the Q&A which follows the screening. Carl Bradshaw and Stewart were guests on Sunday evening on BBC London with radio host Dotun Adebayo to discuss their roles in the film.

“Following on from the Caribbean visibility seminar held exactly a year ago it is great that we have been able to get more interesting stories, from dramas to comedy and from the young to the mature on screen for the world to see. London is also becoming more of a focal point for the global film industry and it is important for all to be able to appreciate not only the quality but also the potential of filmmaking coming out of the Caribbean and the British-Caribbean community,” noted Belgrave.