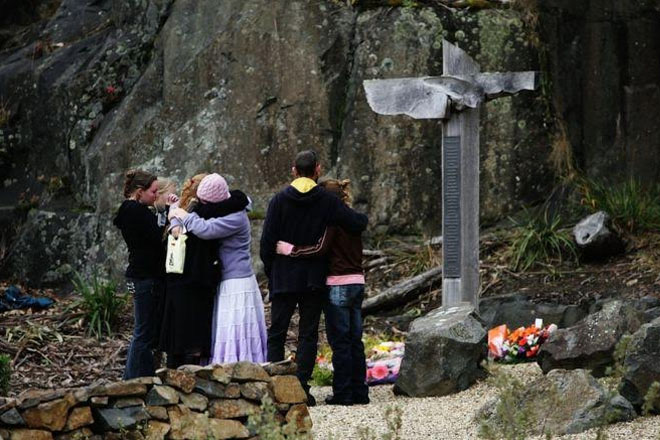 Are Australia’s gun laws the solution for the US?

(BBC) “We have an opportunity in this country not to go down the American path.”

Those were the words of former Australian Prime Minister John Howard before he radically changed Australia’s gun laws and – many believe – rid the country of gun violence on a large scale.

After another mass shooting in the US – the recent one in San Bernardino killed 14 and brought the number of mass shootings in that country to over 350 this year alone – America finds itself very far down that violent path.

But could it change course the way Australia did?

In April 1996, 35 people were killed by a gunman, Martin Bryant, wielding semi-automatic weapons at a former prison colony and tourist attraction in Tasmania.

This became known as the Port Arthur massacre, and it was a turning point for Australia.

The event appalled and galvanised the nation, helping to push Australia to enact some of the most comprehensive firearm laws in the world.

President Barack Obama has often pointed to Australia as an example for the US to follow.

“Couple of decades ago, Australia had a mass shooting, similar to Columbine or Newtown. And Australia just said: ‘Well, that’s it, we’re not seeing that again,’ and basically imposed very severe, tough gun laws, and they haven’t had a mass shooting since,” he said last year.

So what exactly did Australia do, how did it work, and could it work in the US?

Less than two weeks after the Port Arthur massacre, all six Australian states agreed to enact the same sweeping gun laws banning semi-automatic rifles and shotguns – weapons that can kill many people quickly.

They also put more hurdles between prospective gun owners and their weapons.

Australia has 28-day waiting periods, thorough background checks, and a requirement to present a “justifiable reason” to own a gun.

Unlike in the US, self-protection is not accepted as a justifiable reason to own a gun.

In the 19 years since the laws were passed, about one million semi-automatic weapons – roughly one third of the country’s firearms – were sold back to the government and destroyed, nearly halving the number of gun-owning households in Australia.

The number of Australia’s mass shootings dropped from 11 in the decade before 1996, to zero in the years since.

And although the laws were designed specifically to reduce mass shootings, the rates of homicide and suicide have also come down since 1996.

Philip Alpers, a professor at Sydney School of Public Health, has done studies showing that aside from the victims of the Port Arthur shooting, 69 gun homicides were recorded in 1996 compared with 30 in 2012.

Despite the reduction in incidence though, gun violence has not disappeared in Australia. And gun ownership is actually on the rise.

Since 1996, Australians have been steadily replacing the outlawed firearms they sold back with legal ones, and gun ownership here has now risen back to pre-1996 levels.