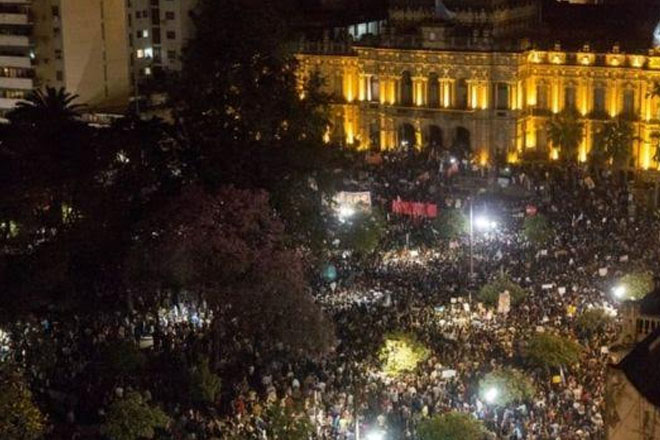 (BBC) The mayor of Concepcion, an Argentine town in northern Tucuman province, says he is trapped in the town hall.

Mayor Roberto Sanchez said the building was surrounded on Monday night by demonstrators who burned tyres.

Mr Sanchez says the demonstrators are angry because he has refused to honour the contracts of hundreds of workers hired by his predecessor.

He says almost 500 people were hired by the city authorities just days before the previous mayor’s mandate ended.

He said that he decided to keep on only those municipal workers who he thought were doing genuine work.

“[Many] work only one day and get paid for the whole month,” he said of those whose contracts he refused to honour.

“This town works well with the 650 workers it already has and many of those hired by the previous administration have never worked for the town before,” he said, accusing his predecessor of handing out jobs to his political allies.

Even before Mr Sanchez took office, unidentified assailants exploded a stun grenade outside his home in Concepcion.

Tension has been running high in Tucuman since August when the province saw a number of mass protests after demonstrators alleged there had been irregularities during the election for governor.