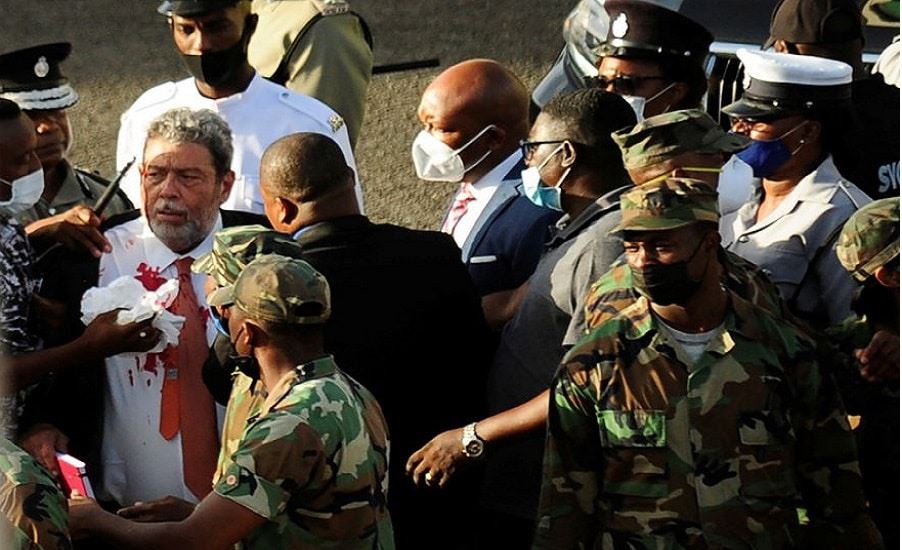 Arrest Made In The Attempted Assassination Of PM Ralph Gonsalves

Police on the Caribbean island of St Vincent have made an arrest in the assault and attempted assassination of the country’s Prime Minister, Dr Ralph Gonsalves.

On Thursday during an anti-government protest, Gonsalves was struck with a stone just above his temple by an opposition protester, as he made his way back to parliament.

He was taken to the island’s main hospital and then flown to Barbados for an MRI or head scan later on Thursday night.

“I want to say a woman has been arrested; there may be more. She wanted to apologise to the Prime Minister. I said no, she is not going in front of my political leader to do what; because you got locked up, you want to apologise”. Francis stated.

“Go and apologise to the leader of the Opposition. Let me tell you something, be careful what you do; social media is watching you, sometimes, it’s better than the police”, Francis said.

The investigation into the assault and attempted assassination on the islands Prime Minister continues.