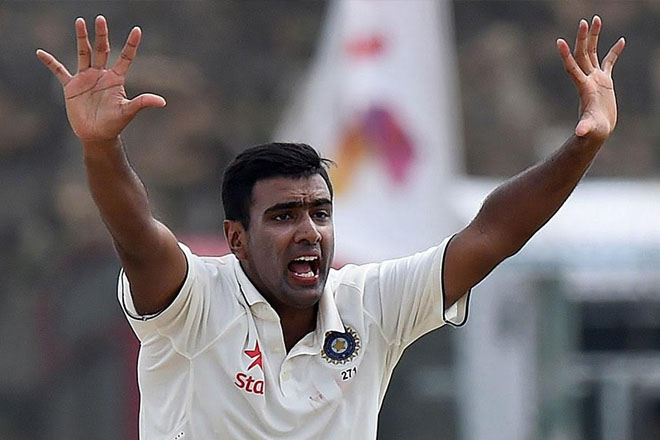 Sports Page — Sri Lanka is not a place where you want to lose the toss as an opposition captain. Over the last 14 years, only two visiting captains have managed to win despite losing the toss. Virat Kohli raised the possibility of becoming the third after R Ashwin registered the best figures for an India bowler in the first innings of an away Test to bundle the hosts out for 183. India stumbled in response initially, but Shikhar Dhawan and Kohli steadied them with an unbroken 100-run partnership.

On a pitch that offered turn and bounce as early as the first session, this toss was all the more important to win, which is what will rankle the home captain Angelo Mathews the most. Not only did he win the toss, he also showed the others with his 64 that it was possible to bat on this pitch. There was little resistance from the other end – Dinesh Chandimal’s half-century was a charmed innings and included a drop on 5 – as Ashwin ran away to his fastest five-for in Tests, also his second in two Tests and the best figures by an Indian in Sri Lanka. Had India taken all their catches – to go with two excellent ones by KL Rahul and Rohit Sharma – Sri Lanka would have been bundled out for much less.

It took Ashwin only 63 balls to reach his fifth wicket, and left-hand batsmen in particular were easy pickings for him. He took out four of them, including Kumar Sangakkara for 5 in his penultimate Test, in 30 balls. As well as Ashwin bowled, a six-wicket haul in 82 balls for a visiting spinner on day one should worry the batting side. Ashwin, who has been through tough times in away series in the last two years, will gladly take it. He will also be glad that by the time he came on to bowl in the 12th over, India’s quick bowlers had already softened Sri Lanka up.

Before Herath and Tharindu Kaushal were asked to do their job, though, Dhammika Prasad and Mathews got rid of Rahul and Rohit. The rest of the bowling, though, failed to test Dhawan and Kohli for long enough. Dhawan and Kohli were prepared to defend and wait for loose balls, which Kaushal in particular provided readily. Dhawan, who scored a hundred in his last Test, went past 50 by stumps, and Kohli looked set to do so. More importantly, India could entertain thoughts of batting only once.