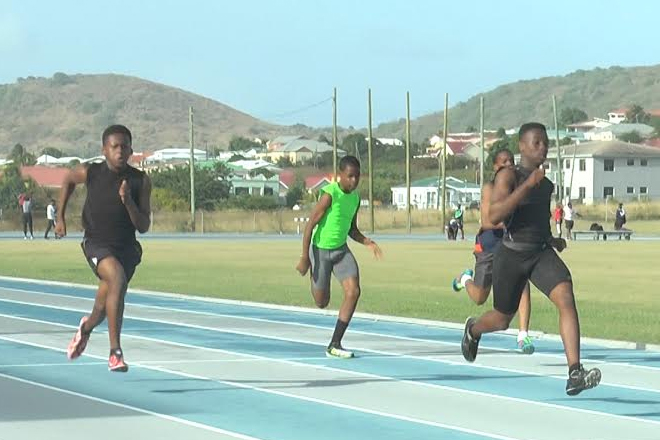 (ZIZ Sports) — Athletes of varying levels are getting ready for upcoming track competitions.

ZIZ Sports visited the Kim Collins Stadium on the weekend for the Fourth Development Meet for young athletes.

The athletes are drawn from both schools and clubs.

Huggins said they are also welcoming athletes preparing for Rio 2016 Olympics as well.

He said the national preparations for the Olympics will be held in June and gave his thoughts on the performance of the senior athletes.

“Our seniors are looking to be in top form and I’m speaking about the males and the females. I know that yesterday we saw three of our senior female athletes competing. We saw Shinelle Crooke, running a personal best in the 60 meters 7.48 seconds and winning her heat. She also P.B.’d (personal best) in the 200m indoor, 24.34 (seconds). We saw Virgil Hodge back on the indoor circuit 7.67 (seconds),” he said.

He also noted that “we actually saw Tameika Williams who made her first appearance after four years 7.80 seconds. Her coach has high expectations for her so we are very optimistic that our women will be back in full circle similar to what the males are doing right now in track and field.”