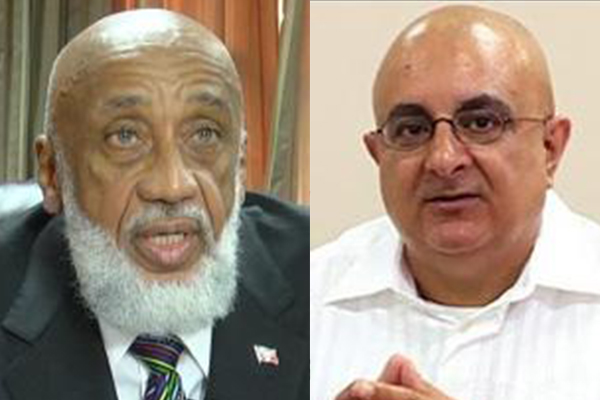 ST JOHN’S, Antigua — Attorney General Justin Simon QC and prominent regional attorney Anthony Astaphan SC have both weighed in on the issue of what are widely perceived to be constitutionally overdue general elections in Antigua and Barbuda.

In outlining the strict constitutional provisions, Simon referred to section 60(2) of the country’s constitution, which provides: “Subject to the provisions of subsection (3) of this section, Parliament, unless sooner dissolved shall continue for five years from the date of its first sitting after any dissolution, and shall then stand dissolved.”

Simon pointed out that dissolution in this instance is automatic once the time limit has been reached, but the five years does not begin to run until the first sitting of Parliament following an election.

Given that the first sitting of the current parliament took place on April 27, 2009, automatic dissolution of parliament will not occur until late next month, following which date, a general election must be held within three months.

This means that the current government may effectively extend its term of office for a total of five years and four months – a situation virtually unheard of in a Commonwealth democracy based upon the British system absent force majeure.

However, Antigua and Barbuda Prime Minister Baldwin Spencer said in a statement on Saturday that his ruling United Progressive Party (UPP) was prepared to face voters in a general election, but claimed that his “hands are tied” due to appeals filed with the courts by the main opposition Antigua and Barbuda Labour Party (ABLP).

Spencer said that court actions filed by the ABLP over alleged gerrymandering of electoral districts must be resolved before he can, as prime minister, exercise his sole authority for setting the date of the country’s general elections.

In rejecting Spencer’s assertions, Astaphan, who has represented the ABLP in several cases, said the existing boundaries remain the lawful boundaries for the purposes of an election.

“In my honest opinion, this entire statement by the prime minister is pure naked politics and it flies in the face of the fundamental constitutional position,” he said.

He noted that the lawful requirements for a constitutionally free and fair election now exist.

Marshall said, “No court or legislation can supersede the constitutional authority of the prime minister to call the elections. Mr Spencer says his hands are tied but that is not true.”

The last general elections in 2009 were narrowly won by the UPP, gaining 9 of the 17 seats in parliament, with the remainder going to the ABLP.