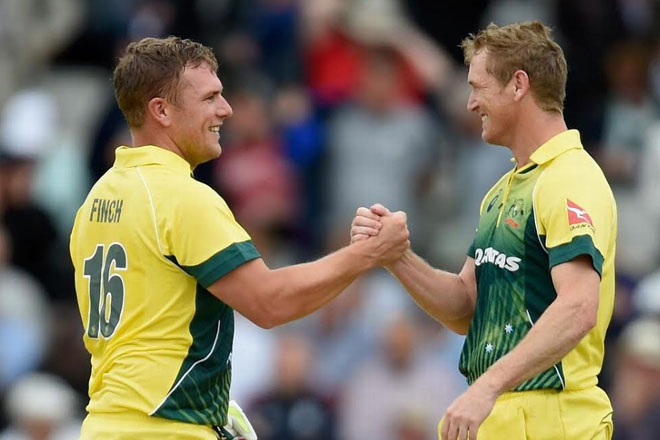 Sports Page — It wasn’t a dead rubber, but neither was it a particularly competitive finish to the series. Led by a strong performance from their fast bowlers, who rolled England for 138, Australia cruised to an eight-wicket victory in the final ODI Old Trafford and ended their three-month tour of England, which featured the disappointment of another failed Ashes campaign, with a 3-2 win in the one-day series.

Mitchell Marsh and John Hastings might hardly be the most intimidating pair of fast bowlers but it was they who caused England’s collapse, between them collecting seven of the nine wickets that fell. Aaron Finch and George Bailey then steered Australia past their target with ease. In the end, the fans barely saw half the amount of overs they expected – 57.2 in total, made up of 33 in England’s innings and 24.2 in the chase.

It was not only the result that was of concern for England, though. James Taylor captained England in the field after Eoin Morgan was struck on the helmet by a short delivery from Mitchell Starc and was forced to retire hurt during England’s innings. Morgan was accompanied off the field by England’s medical staff and took no further part in the game.