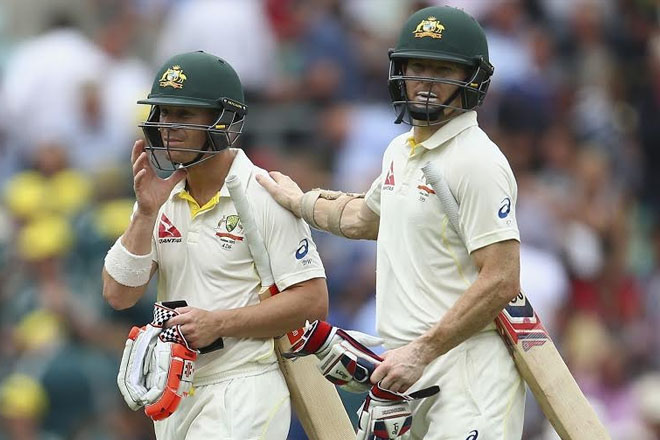 Sports Page — There has been such an insanely addictive quality to this Investec Ashes series that a normal, hard-fought day of Test cricket at times had a depressive feel about it. The Oval pitch largely behaved itself, despite all predictions to the contrary, and more to the point Australia’s batsmen behaved themselves, too, punctiliously so. Everybody was behaving themselves. It was all thoroughly virtuous.

Nothing wrong with that many will properly say. Test cricket must be allowed its occasional longueurs. There was much nous and skill on show. But there will have been England supporters at The Oval who will have found normality hard to bear, grousing, as Confucius did, that virtuous people often revenge themselves for the constraints to which they submit by the boredom which they inspire.

This was a vision of the Ashes series as many had envisaged it. Australia will delight, as they should, in the success for their upcoming leadership team of captain Steven Smith, who conquered scratchy beginnings to deliver an unbeaten, old-fashioned 78 (well, vinyl is in again, after all), and vice-captain David Warner, his pugnacious moustache removed as if he was determined to prove he can adhere to the responsibilities of middle management, and whose 85 set the tone with its controlled aggression and sound judgment. He might not be England’s favourite opponent, but he is averaging 46 for the series and even they could not have fairly begrudged him first Ashes hundred in England.

The upshot of Australia’s diligence – diligence it should be said on a surface that became less testing as the day progressed – was that they closed the first day handsomely placed on 287 for 3.