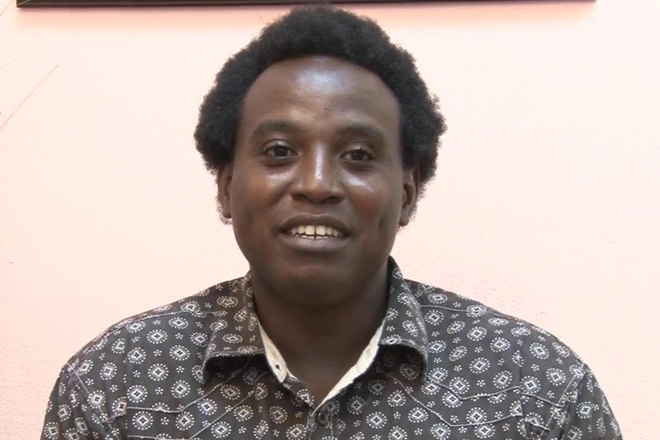 Author of Independence theme speaks of the inspiration behind it

(ZIZ Newsroom) – “Promoting Prosperity through Sustainability and National Unity” has played a major role in the 33rd Independence celebrations as the selected theme.

In an interview with Press Secretary in the Prime Minister’s Office Valencia Grant, the theme’s author Jermin Gaskin outlined the meaning behind the theme.

He said, “Sustainability comes from the prior two words in the theme. It’s promoting prosperity and it’s all the things that we are doing now to promote the island, our communities, our children so all these things we promote, we somewhat have to sustain them throughout the years. We have to nurture and make sure that whatever we do we keep on doing it and keep it at one perfect standard so to say. The national unity part is that all of us have to come out and do our part and that’s national unity.”

He said the best part of winning the competition is having his 9year old daughter be proud of him; and being able to bring recognition to the Irish Town Primary school where he works as sports coordinator.

Gaskin says he would encourage persons to enter the competition in the future.

“Sometimes the more we try and we fail, if we just try once and we actually do win, it will help us to even do more and if you do try, try because you only fail to not try …and sometimes you might try and win because trust me I tried and I won,” he said.

As the winner of the theme competition, Gaskin has received invitations to all of the anniversary activities hosted by the Independence 33 Committee.