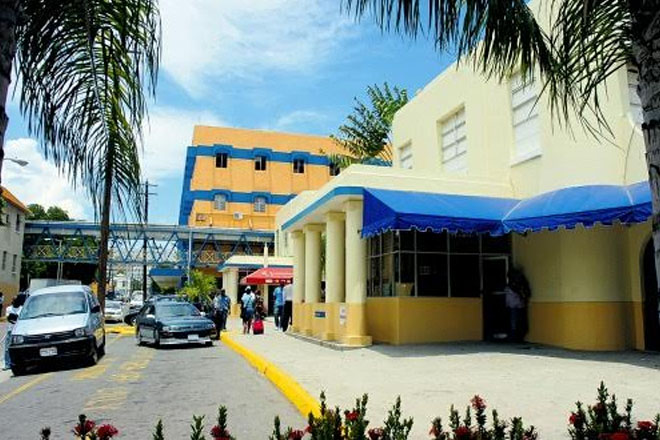 (Jamaica Observer) At least three adult patients at the Kingston Public Hospital (KPH) have been infected with a strain of a multi-drug resistant bacteria, two of them in serious condition.

A source close to the situation stated yesterday there is not enough of the few drugs available that can effectively treat the bacteria, which has been identified as acinetobacter. “One (patient) is recovering, but this is still limited due to the scarcity of effective drugs,” the source disclosed.

According to the individual, the Ministry of Health “should be aware as of yesterday (Tuesday)”, adding, “I’m sure they would have initiated action”.

When contacted, Chairman of the South East regional Health Authority (SERHA) Dr Andrei Cooke deferred to the SERHA’s public relations arm, which later told the Observer that a news release on the matter was being prepared.

However, there was no statement up until press time last night and Dr Cooke was said to be “not available” in subsequent attempts to reach him.

In the meantime, the clearly frustrated medical source said that KPH staff was trying to control the germ by employing techniques such as “barrier nursing” and proper hygienic practices, but the required antibiotics, which are critical to treating the infection may not be enough to last a week.

At the same time, the Observer was told that the situation, which has developed over the past week, may not have been reported right away and that laxness in the hospital’s reporting protocol to the health ministry has been occurring for years.

“… It’s a situation that is ongoing,” the source said in reference to the reporting protocol.

There is fear that the germ could spread, as according to the source, up to Monday of this week one of the affected patients had been in one of the general wards with other uninfected patients.

According to the United States Centers for Disease Control, acinetobacter is a major cause of healthcare-associated infections, especially in intensive care settings, and is usually resistant to multiple antimicrobial agents causing infections such as pneumonia, meningitis, central venous catheter-related infection, and other complications.

This latest infection spread comes in the midst of public outcry over the deaths of 19 babies in the neonatal intensive care units (NICU) of two major public hospitals, and what is seen as a cover up by the health ministry. There are lingering questions as to whether portfolio minister, Dr Fenton Ferguson and his team knew about the infection outbreak long before it became public knowledge via a media leak.

Dr Ferguson has come under fire from the Opposition in the House of Representatives, and there have been calls for his resignation and the sacking of ministry officials as questions linger about the their credibility.

On Tuesday, the Jamaica Manufacturers’ Association added its voice to calls for the release of the full report on the audit of some aspects of the public health system that Ferguson himself commissioned in May of this year.

In September, the ministry released only a summary of the findings, insisting it would not make the full report public as this could affect staff morale in the health sector and stigmatise particular medical facilities.

The embattled minister has since promised to release the findings, but only after a national broadcast on Sunday night.

According to the ministry, since June 11 babies have died at the Cornwall Regional Hospital, and eight at the University Hospital of the West Indies, from outbreaks of klebsiella and serratia in their neonatal intensive care units. In the wake of the debacle, the Chief Executive Officer of the UHWI and Senior Director of Medical Services at the hospital, Dr Cecil White and Professor Trevor McCartney both resigned.

However, Dr Mccartney insisted on a radio programme yesterday that he was not a casualty of the imbroglio, but resigned because he felt that the staff at UHWI was being unfairly targeted in the saga and suggested that the ministry was informed about the outbreak before the time it said it became aware of the problem.