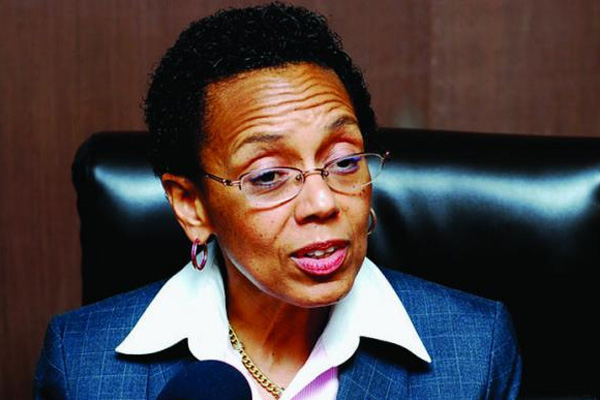 Maynard-Gibson urged Bahamians to be patient, adding that the Christie administration does not want to jeopardize the process.

The allegation that an official accepted $325,000 in bribes to swing BEC contracts to Alstom SA, a French company, between 1999 and 2003, surfaced about a month and a half ago.

While some observers say the government should have had some answers by now, Maynard-Gibson said the matter is being properly handled.

“A month in these things is not an inordinate amount of time,” she told reporters when asked for an update on the matter.

“We want to be thorough about the process. I would ask the public to be patient and also to judge this administration… that is operating out of the attorney general’s office at this time on its record, and I certainly have never hesitated to account for performance and my officers’ performance to the public, and I am not and I will not ever hesitate on my responsibility to account.”

Maynard-Gibson assured that the government is taking the matter very seriously.

“It is inappropriate at this stage of the proceedings to make any comment,” she said.

“It may jeopardize the future of the proceedings.”

On December 22, the US Department of Justice reported that Alstom had agreed to pay $772 million to resolve allegations that it bribed high-ranking foreign government officials for lucrative projects.

Bahamian authorities have asked US officials for information relating to the matter.

Many Bahamians are waiting to see if such information would lead to prosecution.

Former BEC Chairman J. Barrie Farrington has described the bribe taker as a “traitor” who must be revealed and “made to pay a price for this unforgiveable transgression”.

Farrington called on Prime Minister Perry Christie to appoint a non-partisan commission to investigate and to make recommendations on how to bring conclusion to “this unwanted stain on the country’s reputation”.

On Sunday, Christie told The Nassau Guardian that he has not yet responded to Farrington’s letter because he is awaiting further information on the matter.

Former Prime Minister Hubert Ingraham has said the matter should be turned over to the police.