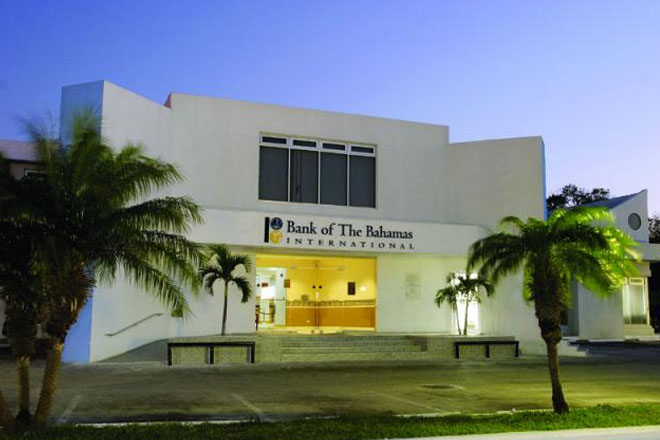 Nassau, Bahamas — A list of names has been leaked, purporting to be the names attached to the toxic commercial loans that threatened to pull Bank of The Bahamas out of alignment with regulatory standards. However, the length of time between the transfer of those toxic assets to the government’s special purpose bailout vehicle and the registration of the transfer with the registrar general’s department has highlighted an ongoing “difficulty” by Bahamas Resolve Ltd (Resolve) in getting information from the bank.

In the aftermath of the publication of 13 names by The Tribune newspaper, questions arose about why it was that Resolve had taken eight months to file the documents with the Department of the Registrar General.

Chairman of the Resolve board James Smith confirmed that there were indeed issues getting information from the bank.

The managers he referred to are Deloitte and Touche, the accounting firm hired by the government to manage the Resolve portfolio and maximize the return on the assets. Deloitte declined to comment.

Pressed to speak to the delay, Smith offered a number of possible explanations for that difficulty.

“Earlier in the year, a request was made for all the documentation. All of it was not forthcoming from the bank, and I know over the past months the managers have actually been in contact trying to get the missing, or remaining, information from the bank… It’s quite possible that only recently they may have received the information they needed to be in a position to lodge with the registrar. But that’s speculation.”

Smith said the Resolve board had wanted to do two important things: evaluate the assets turned over by the bank and establish an opening balance for the Resolve portfolio.

“The government gave a note to Bank of The Bahamas for a portion of the portfolio. We needed to find out the real value, the market value of that portfolio, which we know was likely to be different from what the note was. So that would give us the opening balance, but in order to get to that, we are in the process of having – in the case of property – valuations done and that’s all being done by the manager,” Smith said.

“And then simultaneously we are taking inquiries for some of the assets that have been transferred over where there has been an interest from the public. There have been quite a number of inquiries, but like everything else they’re at different stages when you talk about selling assets… You might have a willing buyer, but now they have to get funding in this market where the banking system isn’t as forthcoming in giving new loans.”

Meanwhile, Smith professed to be “a little surprised” that the list of names would have been “released” without coming directly from the “ultimate authorities”, and affirmed that the list had not been released by Resolve, or anyone connected with Resolve.

In fact, the documentation would have passed from Bank of The Bahamas to the managers, who would summarize the findings and report to the Resolve board of directors, who will then discuss the company’s ways to address the portfolio.

Smith confirmed, therefore, that Resolve does not as yet actually have the mortgage documents, agreements for transfer and other critical documents.

“The manager would request information on the portfolio from the bank. The bank is supposed to provide it, and to my knowledge, in some cases there’s some information still outstanding that we’re waiting to be passed on from the bank,” Smith said.