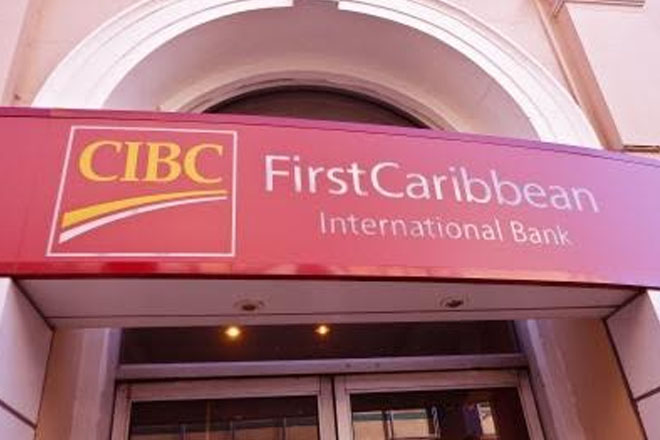 Nassau, Bahamas — Just as Bahamian financial institutions are grappling with the implementation of an intergovernmental agreement (IGA) signed between The Bahamas and the US in connection with the Foreign Account Tax Compliance Act (FATCA), the global scandal rocking the Fédération Internationale de Football Association (FIFA) has struck home.

FIFA is the international governing body of football, futsal and beach soccer, and former executive committee member Chuck Blazer – who agreed to act undercover for US prosecutors and has been cooperating since at least 2011 in the US government’s investigation into soccer corruption – reported to the Internal Revenue Service (IRS) that he had an unreported account at CIBC FirstCaribbean International Bank (FCIB) in The Bahamas with $975,751. He agreed to pay a 50 percent civil penalty of $487,875.

FCIB managing director (Bahamas) Marie Rodland-Allen spoke with Guardian Business about the matter, although not on specifics.

“We have initiated our own review in light of this matter and will continue to take all appropriate steps towards ensuring that our bank is never used for illicit purposes,” she said.

“Our policy is to cooperate with all law enforcement agencies.”

The Bahamas is of course not the only country in the Caribbean to be rocked by aftershocks from the massive corruption scandal some call “FIFAgate”.

The bank’s parent company, Fidelity Group, said in a statement that it had brought in Deloitte Cayman to assist with the review of the transactions referred to in the indictment, and Fidelity Bank CEO Anwer Sunderji added, “Licensed institutions are required to report suspicious activity and we are satisfied that the bank discharged its duty with respect to the specific transactions.”

The infamy blackening FIFA began in 2010, with the revelation that executives had taken bribes in the 1990s. The subsequent fracas included suspensions of officers – including vice-president, former CONCACAF president and Trinidadian ex-politician Jack Warner – and ultimately, the commissioning of a report into allegations of corruption in world football.

Cut to dawn raids in Switzerland, where seven FIFA officials were arrested last month and later charged by U.S. authorities along with two other FIFA officials and five others over allegations of racketeering, wire fraud and money laundering conspiracy spanning 24 years. They are accused by the US Department of Justice of breeding decades of “rampant, systemic, and deep-rooted” corruption within FIFA.

Meanwhile, Swiss authorities raided FIFA headquarters, gathering data and documents for their separate investigation into allegations of criminal mismanagement and money laundering in connection with the allocation of the 2018 and 2022 World Cup bids. FIFA said there will be no revisiting of the World Cup bids and the tournaments will go ahead in Russia and Qatar.

In total, seven current FIFA officials were arrested at the Hotel Baur au Lac in Zürich on May 27. They were preparing to attend the 65th FIFA Congress, which was scheduled to include the election of the president of FIFA. There was also a simultaneous raid on the CONCACAF headquarters in Miami, and later, two men handed themselves in to police for arrest: former CONCACAF President Jack Warner and marketing executive Alejandro Burzaco.

In a 19-page cooperation agreement with the US attorney’s office, Blazer pleaded guilty to ten counts, including one count each of racketeering, wire fraud and money laundering conspiracy (each carries a 20-year maximum sentence) plus six counts of tax evasion and one count of failure to file an FBAR (Report of Foreign Bank and Financial Accounts).

The agreement, made in November 2013, was unsealed Monday after a federal judge agreed to a request by five media organizations and rejected an objection by federal prosecutors.

In his plea agreement, Blazer agreed “to participate in undercover activities pursuant to the specific instructions of law enforcement agents or this office” and “not to reveal his cooperation or any information derived therefrom to any third party without prior consent”, according to the agreement between Blazer and the US Attorney’s Office in Brooklyn, New York. Blazer also agreed not to contest any ban imposed on him by FIFA or any other soccer governing body.

Blazer agreed he had unreported income over $11 million for 2005-10 and said he would sign over title of his FIFA pension if needed to satisfy payments owed to the US government. He already has agreed to penalties and a fine totaling nearly $2.5 million and to pay more in the future.

In exchange for Blazer’s cooperation and guilty pleas to ten counts, the government said it will not recommend a specific sentence for his crimes and also accepted that a reduction of up to three levels would be warranted under sentencing guidelines if he “clearly demonstrates acceptance of responsibility”.

“While the government’s dire predictions may be hyperbolic, they are not unreasonable or farfetched,” Dearie wrote. “However, I simply cannot conclude that disclosure of Blazer’s cooperation agreement would result in a substantial prejudice to these interests, particularly in light of the extensive amount of information already in the public domain.”

Blazer, 70, “suffers from a number of serious physical ailments that have recently required hospitalization,” according to Dearie. At the November 2013 hearing, Blazer said he had received chemotherapy and radiation for rectal cancer, and he also suffers from diabetes and coronary artery disease.

Blazer forfeited $1,958,092 and agreed to pay a second amount to be determined by the time of sentencing.