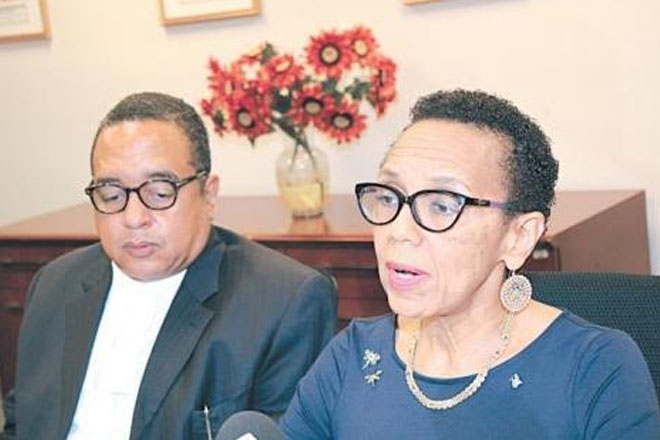 Nassau, Bahamas — Attorney General Allyson Maynard-Gibson was en route to The Bahamas from China on Wednesday night after parties attempting to negotiate a deal in the Baha Mar dispute failed to reach an agreement.

Maynard-Gibson headed a Bahamas government delegation that mediated the talks with Baha Mar, its lender, the Export-Import Bank of China, and its contractor, China State Construction Engineering Corporation (CSCEC).

A source close to the matter said Baha Mar CEO Sarkis Izmirlian asked the bank for an additional $600 million to complete the stalled Cable Beach project and deal with operational expenses.

The source indicated that the bank was willing to provide this additional funding but was unable to receive a guarantee from the developer.

While the Bahamas government delegation was heading home on Wednesday night, Baha Mar insisted that negotiations were ongoing with its Chinese partners.

In a statement, Baha Mar said, “In response to inquiries and media reports, Baha Mar Ltd today reiterated the continuing discussions are between private parties, and the sensitivity of their content is critical to being able to try to work toward a consensual resolution.

“Bah Mar’s priority is to try to achieve a consensual resolution with the parties in a timely manner so that the Baha Mar project can move forward to be completed and opened successfully as soon as possible.”

Prime Minister Perry Christie told reporters on Wednesday morning that he was not prepared to speak on Baha Mar at the time.

Opposition leader Dr Hubert Minnis said on Wednesday that Christie should have given some reassurance to the nation on the status of negotiations.

“The prime minister has been handling everything badly,” he said.

Some observers had hoped for a communication from the prime minister in Parliament, which met all day on Wednesday.

Talks began in China on Monday.

The Guardian understands that Cabinet were due to meet on Thursday to discuss the Baha Mar matter.

The Export-Import Bank of China has already injected US$2.45 billion into Baha Mar.

It claims that CCA did shoddy work, which led to three delays.

The company said the resort is 98 percent complete.

He stressed at the time that he hoped an agreement would be secured during the second day of talks.

“Not to do so is a very serious situation,” he said.

Last Tuesday, Baha Mar asked a Supreme Court judge in The Bahamas to adjourn its application seeking local authorization of the US court orders connected to the Chapter 11 process.

The matter was adjourned to July 20. The parties agreed to resume talks in the interim.

Minister of state for legal affairs Damian Gomez said on Tuesday he is ready to put forward “solid arguments” if negotiations fall through.