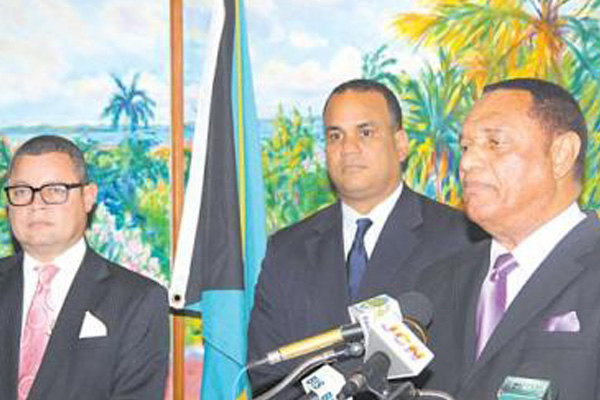 Nassau, Bahamas — The Bahamas government has established a government corporation that has absorbed $100 million worth of Bank of The Bahamas’ “troubled” commercial loans and will hire an accounting firm to go after those overdue facilities, Prime Minister Perry Christie announced on Friday.

The move is designed to strengthen the Bank of The Bahamas (BOB), of which the government is the majority shareholder.

Christie said the government made the decision after the Central Bank advised it of the emerging risk posed by some of BOB’s unpaid commercial loans.

Christie said the corporation that the ministry of finance has created — Bahamas Resolve Limited — which will be known as Resolve, will use every “commercial, financial and policy mechanism at its disposal to collect payments on the overdue loans”.

When asked why the government believes that it can collect payments when BOB could not, BOB managing director Paul McWeeney yesterday said BOB was limited by certain policies of the commercial banking sector. He noted that Resolve can be more flexible, adding that there are “always legal remedies”.

He added that of the loans being transferred from BOB to Resolve “none include any loans that are outstanding from what are referred to as politically exposed persons”.

McWeeney said that loans awarded to those politically exposed persons represent a small percentage when compared to the total loans outstanding.

As it relates to the Bank of the Bahamas, Christie said by removing some of the risk from its portfolio, the bank’s revenue prospects will be “immediately and significantly improved”.

“It will allow the Bank of the Bahamas to return to profitability in the near future and will rest full compliance with Central Bank and regulatory international standards for capital adequacy,” he said.

He also said BOB customers can be assured that the banks’ services will continue uninterrupted.

“There will be no service interruptions,” he said.

“BOB will undertake decisive action to restore itself to full strength, generating new revenue by launching new services and banking platforms; as well as by reorganizing management of the bank.”

In a press statement on the matter, Resolve indicated that there will be no direct expenditure of tax dollars to support the plan.

“The government has provided liquidity support to BOB through deposits of approximately $65 million,” the statement said. “The government is earning interest on this money and will be able to withdraw these funds once the banks’ depositor base strengthens.”

It is unclear how much the government will have to pay to the private accounting firm or how long the company will be engaged.

Minister of State for Finance Michael Halkitis said he will announce Resolve’s partner early next week.

While it is also unclear how long Resolve will be in place, the plan is for it to be operational for ten years, after which the government will reevaluate the value it has realized from the debt portfolio.

Christie added that BOB’s board of directors has also been directed to assess the banks management and cost structure, and to submit recommendations to the government, as the majority shareholder, for management and administrative re-organization, before the end of 2014.