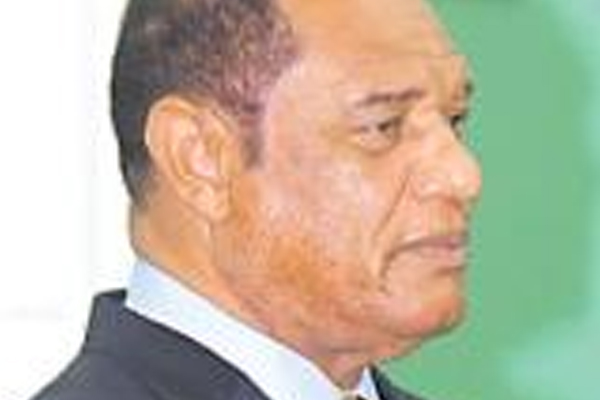 Bahamas government to own 51 percent of new cellular company

Nassau, Bahamas — The Bahamas government will be the majority shareholder in the new company that will provide cellular service to compete with the Bahamas Telecommunications Company (BTC), Minister of State for Finance Michael Halkitis said on Wednesday.

Halkitis said the plan is to eventually offer those shares to Bahamian investors.

Prime Minister Perry Christie touched on the partnership the government will form with the company awarded a second cellular license, when he made his mid-year budget presentation in the House of Assembly on Wednesday.

Christie said if all goes according to plan, he expects to announce the successful applicant by May.

“The [liberalization] task force has also produced a range of transaction documents to govern the partnership arrangement that will provide for a 49/51 percent respective ownership allocation in the entity that will be awarded the second mobile cellular license,” Christie said.

“And so, Mr Speaker, just for the record, when I refer to 49/51 percent, it is logical and as you would know, conforms with the PLP philosophy that 51 percent would be owned by the Bahamian people.”

According to the request for proposal (RFP) that Christie tabled in the House of Assembly, a Bahamian entity, ‘NewCo’, will be formed specifically to hold the relevant licences to operate the second cellular mobile network and provide cellular service.

The majority shares of NewCo will be held in another Bahamian entity, ‘HoldingCo’.

“In order to facilitate the timely formation of NewCo and commencement of operations, the government’s primary role will be to facilitate the immediate transfer of shares to Bahamian private investors at the time that HoldingCo is formed,” the RFP outlines.

“”Secondarily, and if necessary, the government is prepared to serve as the initial and sole shareholder of HoldingCo.

“However, the government’s shareholding in HoldingCo would only be temporary in nature, pending an offering of the shares in HoldingCo to eligible investors.”

The RFP adds that board and management control and strategic policymaking of NewCo will be vested in the successful applicant but will be “subject to certain veto rights by HoldingCo”.

The Ingraham administration sold 51 percent of BTC in 2011 amid widespread public disapproval.

Last January, Christie and Cable & Wireless Communications (CWC) CEO Phil Bentley announced that CWC agreed to transfer two percent of its shares in BTC back to the Bahamian people.

As it relates to the ongoing process, those interested in vying for a cellular license would have had to complete a RFP in order to be considered.

The RFPs went out in November and the deadline to apply was Wednesday.

The RFP outlines the process and criteria to be adopted for selecting the most qualified candidate that would, among other things, “have the technical and financial capability to meet the obligations of the licenses to be awarded, and be committed to having the widest base of Bahamians participating in the ownership of the new company”.

The prime minister explained that the selection process will consist of two phases.

“Receipt of the bids begins the first phase of the process in which a duly appointed evaluation committee will conduct a technical and financial assessment of the proposals submitted,” Christie said.

“Only those applicants that are deemed to be suitably qualified in phase one will progress to phase two in which an auction of the cellular mobile spectrum will be administered by the Utilities Regulation and Competition Authority (URCA) on the government’s behalf.

“The successful applicant will be the one with the highest combined score of the scores derived in phase one and phase two.”

Christie, who has previously complained about BTC’s service, said a competitive market is expected to cause improvements in service quality, coverage and network resiliency in The Bahamas.

“Moreover, competition in the cellular mobile market will create an environment for those services to become more affordable, thereby making mobile and broadband technologies more accessible to Bahamians,” he said.

“Such an environment would be attractive to investors as well while better positioning The Bahamas to benefit from, and participate in an intensely integrated global economy.

“Mr Speaker, more fundamentally, it would permit the public more choice in mobile service providers, something the public has been agitating for some time now.”

BTC recently announced it was investing $65 million in upgrades and enhancements to the company’s wireless, wire-line and broadband networks.